Discover and explore Haringey's Black History with a range of specially-written exhibitions from Bruce Castle Museum & Archives for loan, as well as online videos and other resources available to download.

You can find out more about Haringey's Black History with our special programme of exhibitions for loan. Topics cover the early Georgian period to the 1980s. To borrow any of the exhibitions listed below, or for further information, please contact the Education Team at Bruce Castle Museum by email: museum.services@haringey.gov.uk

Links & Liberty reflects on the local connections to the slave trade and its abolition. The exhibition was created to commemorate the Bicentenary of the British Parliamentary Act to abolish the transatlantic slave trade in 1807.

Not Forgotten: Memories of the Second World War

This exhibition brings together the stories and memories of local people and others during the war years on the home front in Britain, .

In 1909 Tottenham Hotspur signed a new player, Walter Daniel Tull. In 2009 - 2010, Bruce Castle Museum held an exhibition dedicated to Walter Tull, on the anniversary of his signing with Tottenham Hotspur.

See below for more information on Walter Tull and to download learning resources provided by Tottenham Hotspurs Foundation.

Follow the stories of the commitment and contribution to democracy, education, business, culture, and the lasting impact by Haringey's Windrush generation and their descendants in our community.

Discover more with our black history and culture themed videos and learning resources.

Carnival Kings and Queens, is a short video using archived footage of past local carnivals in Haringey, Hackney, Holborn and Notting Hill. It also shows paraders in the Caribbean. Mas Band dancers, organisers and designers give their accounts visually and orally of how they and the Caribbean community prepare for Carnival. A film scripted and directed by fiLTHY LuCre Films.

It's a Carnival Thing by Lady Esi

In this video Lady Esi shares her love affair with Carnival. From her first time attending Notting Hill Carnival as a reveller to playing Mas.

Visit our Families page to find more about Carnival and to download our arts and crafts resources.

Hairstory is a short documentary about black afro hair. It takes a brief look at different types of traditional, cultural and modern hairstyles, and different types of hair care, including the use of different combs, such as the afro comb and it's political references to solidarity and resistance.

Discover more about Afro combs and design your own with our activity:  Afro Comb Art (PDF, 74KB)

The poem is about celebrating the versatility of black hair and the amazing hairstyles that can be worn which are beautiful and unique, and a reminder that however one chooses to wear their hair they should do it with confidence, self-beauty and pride. The poem was written in 2013, inspired after a conversation about how people are judged by their hair. The poem started off as a response to that conversation, where I asked does it matter what you do with your hair.

Lady Esi is a storyteller, creative artist and presenter who is dedicated to serving and empowering others. You can connect with her on Twitter or Instagram @askladyesi

Using the poem as inspiration, why not have a go at writing your own poem or story about your hair? You can send your creations to bhh365@haringey.gov.uk 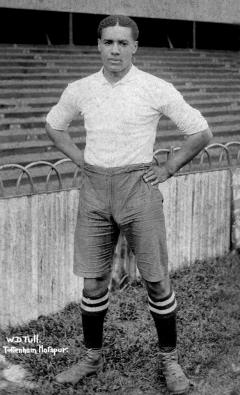 The pack includes a fun and interesting quiz with an information sheet explaining how to run it.

Download the resources below and discover more about Walter Tull: