The black presence in Tudor and Stuart Britain is often untold and omitted from conventional writings of histories of these periods. Our understanding of how Africans came to be living here is usually associated with the slave trade and their experiences of racial discrimination.

The first English slave trade expedition led by Jack Hawkins happened in 1562. The growing empires of Spain and Portugal, who dominated the then known world, had begun trading in slaves in 1502, with 370,000 Africans transported to the Spanish Americas in the 1500s. Some Africans ended up travelling through Europe to Britain, with a number stripped of their original names and given Spanish ones.

Tudor society was structured by social class and everyone had their place within it. Most people did not travel far beyond their parish boundaries and knew little of the world. Someone was considered a 'stranger' if they had come from outside the parish, and judged by their social standing and their religion.

For a fuller account of this period about Haringey and evidence of the local black presence during the 1500s and 1600s, see our exhibition panels from ' Links & Liberty exhibition: Abolition of the Slave Trade (PDF, 2.4 MB)'.

Below is a rare survival of a painting of a young African man, who was a servant at Bruce Castle during the 1670s. You can see the full painting on Art UK (external link). 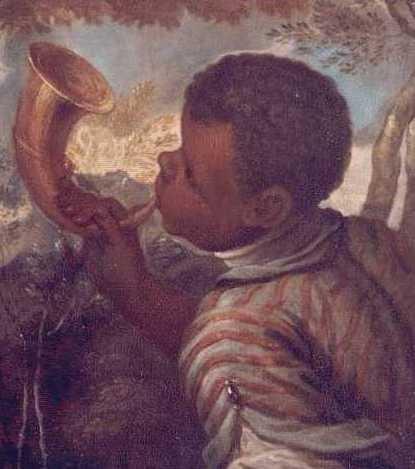