Supporting children and their families to live resilient and stable lives

The Anchor Approach - Context and Achievements 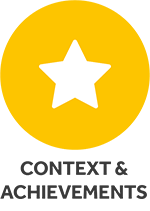 Creation of the Anchor Approach

Work on relational resilience began in Haringey Virtual School from 2010 onwards. The Virtual School is tasked with raising the educational attainment of Haringey children in care who live both in and outside Haringey. The initial approaches developed contributed to the steady and consistent increase in attainment scores of Haringey looked after children.

In April 2016 the Anchor Approach was established within Public Health. Since this time the framework has been developed in response to, and in consultation with, schools, social care, health, parents, wider LA departments and the third sector.

The work is research-based, informing the thinking behind the tools and training which is central to The Anchor Approach.

The Anchor Approach was one of six national projects selected by the LGA to be part of an exhibition at the Houses of Parliament in May 2018 as an example of innovative practice to support mental health & wellbeing.

The Anchor Approach manager was invited to speak about the work of the project at the 25th Black Hills Seminar, South Dakota in July 2018.

Attachment Research Community has been developed out of a national project.