The council recognises the need to tackle overcrowding, and provide for additional habitable accommodation for large families in parts of the South Tottenham area of the borough. Our recommended way to do this is to build a roof extension that matches the existing house, with three approved ways in which houses may be extended at roof level.

We have therefore produced guidance on how to do this - there is a user friendly Leaflet and a much more detailed adopted Supplementary Planning Document (SPD); both are available in the attached files section below. The Leaflet summarises the content of the SPD and should contain enough information for resident's enquiries, but to consider more complicated or unusual requirements or how extensions fit into the planning process, the full SPD should be referred to. It should be noted that Planning Permission is usually needed for the extensions described here.

The revised version of the House Extensions in South Tottenham Supplementary Planning Document (SPD) was adopted on 15 October 2013.

The Draft Revised SPD was consulted on for six weeks in July and August 2013 and Adopted by Cabinet in October 2013. This revised edition replaces the original House Extensions in South Tottenham SPD adopted in November 2010. Thank you to those who took part in our consultations. 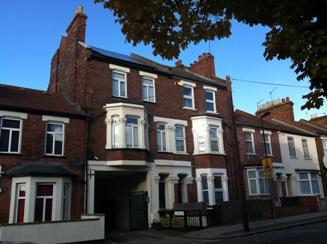 This SPD creates a framework for those local residents who have large, extended families and want to extend their homes and remain within the community, whilst at the same time protecting the character of South Tottenham and the amenity enjoyed by their neighbours. It aims to provide viable ways for homeowners to extend their houses whilst not undermining the visual coherence of the area or neighbour’s amenity.

The adopted revised SPD can be downloaded from the attached files section below, where you can also find the Adoption Statement for the revised SPD, the Report on the Consultations leading to the Revised SPD, consultation documents including draft versions of the SPD, the original (now superseded) SPD, background documents and map of the area over which the SPD applies.

The decision to revise the original SPD

The original House Extensions in South Tottenham SPD - 2010 promoted good design for roof extensions to ensure property extensions, architectural unity and the overall character of the area is maintained. The SPD provided three models for good and well designed roof extensions in the area and was adopted in 2010. Supporting documents can be found in the attached files section below.

A Discussion and consultation document - 2013 on the SPD was consulted on in January and February 2013. This provided interim additional guidance on how to successfully design and build house extensions in accordance with the SPD. It identified the importance of both good design to protect the appearance of the area and sound construction to protect the safety of families living in extended houses and their neighbours. It set out possible changes to the SPD.

A Final draft South Tottenham DC consultation report June 2013 describes the procedures followed, sets out the results of the consultation and explains why we have decided to propose a revised SPD. Letters were sent to all local residents, as well as architects, builders and approved inspectors active in the area, and two public meetings were held, to ask people their views.

The House Extensions in South Tottenham revised SPD consultation draft July 2013 makes modest changes to the types of extensions considered acceptable by mainly allowing 'Type 3' extensions on their own, along with significant additional detailed advice on appearance and sound construction. Supporting documents can be found in the attached files section below. Additions compared to the original edition are marked in the document with a double vertical line to the right of the text.

The Adopted Revised SPD can also be viewed at: 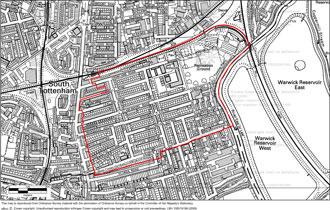 The policies contained in this SPD only apply in South Tottenham, defined as an area bounded by Crowland Road to the north, Markfield Recreation Ground and the River Lee to the east, Craven Park Road to the south and Tottenham High Road to the west, excluding the Conservation Area, as this map shows. A higher resolution version of the map can be downloaded from the attached files section.

Key planning policies for all of Haringey and covering all general issues can be found in our Local Plan.

The policies contained in this SPD only apply to single family dwellings.

The process that led to adoption of the SPD

Consultation on the proposed supplementary planning guidance specific to house extensions in the South Tottenham area took place in December 2009, January and July 2010. A number of minor amendments were made to the SPD following the consultation, as described in the Consultation Report in the attached files section below. The Supplementary Planning Document was approved by the Cabinet on 8 October and is therefore adopted.

The document now defines permissible decisions for extensions in the area. However, each planning application will still be dealt with on a case-by-case basis considering appearance of the house itself, impact on adjoining houses either side, architectural unity and overall character of the street.

Further details can be found in the House Extensions in South Tottenham SPD itself, which can be downloaded from the attached files section below, as well as the Sustainability Appraisal, Equalities Impact Assessment, Consultation Report and Statement of Adoption.