Haringey Supports Ukraine: We are working with local groups to support people in Ukraine. See how you can help and donate

On Sunday, dignitaries and politicians from the UK and Africa were in attendance at Albert Road Recreational Ground in Haringey, as a statue of world-renowned anti-apartheid campaigner, Oliver Tambo was unveiled.

The guest of honour was the South African High Commissioner to the UK, Her Excellency Thembi Tambo, who is Oliver Tambo’s daughter and lived with him in Haringey.

The late South African activist and long-time president of the African National Congress, who was close friends with Nelson Mandela, lived in Haringey in exile for over two decades, settling with his family in Muswell Hill. The role he played as the ANC’s figurehead in Europe was vital in publicising the plight of black South Africans and canvassing international support for the fight against the white-minority apartheid government.

The statue was unveiled in front of park-goers on 27 October 2019, which would have been Oliver’s 102nd birthday in the year of the 25th anniversary of South Africa’s first ever democratic elections. The statue is made of bronze, is 1.7m tall, weighs 200kg and was commissioned by the Oliver Tambo Memorial Working Group. 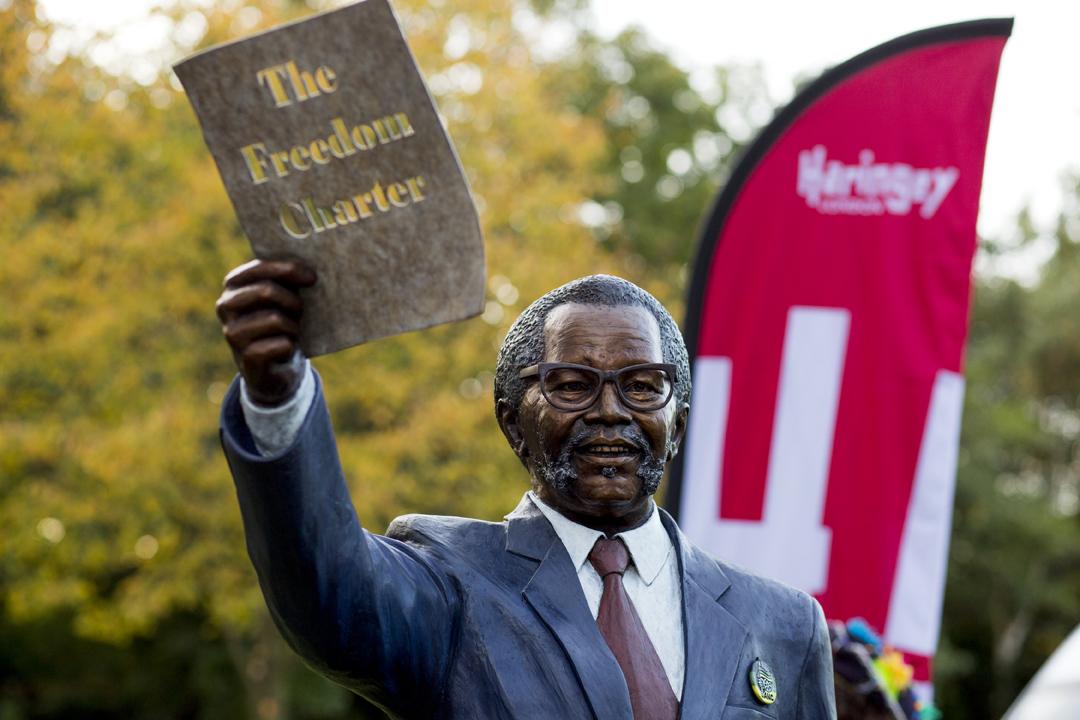 I am delighted that there will be statue of my father, O.R. Tambo in the Albert Road Recreation Ground. It is close to where my parents made the family home after we were forced, for political reasons, to leave South Africa. The statue is recognition of my father’s values and his decisive and leading role in the struggle against apartheid and for a democratic non-racist, non-sexist South Africa.

Oliver Tambo was a gigantic figure in the history of South Africa and Haringey. His tireless campaigning raised worldwide awareness of the crimes of the apartheid government and the myriad atrocities suffered by the black majority population.

We are so proud that our borough was the Tambos’ family home as they fought for justice in South Africa and I’m delighted that we are able to show our appreciation in this way. I hope that the Tambo family will see this statue as a fitting tribute to his legacy and that it will be a source of great inspiration and encouragement to all those working towards change and social justice.