Haringey residents will soon be able to make the most of another outstanding green, open space, after the new Hornsey Park was officially unveiled at a launch ceremony.

Scheduled to open to the public on Monday 23 November, Hornsey Park is one of 22 public areas planned for the 12-acre Clarendon development by St William - part of the Berkeley Group. The scheme will deliver affordable homes, jobs for local people and economic investment to Wood Green as part of a wider project to transform the former Clarendon Gasworks into a highly sustainable and low carbon neighbourhood.

It adds an extra park to Haringey’s many green spaces – including 25 existing Green Flag parks. A key feature of the park is a new children’s play area, which provides the community with four new major pieces of play equipment, including a rope-climbing and balancing course, poles, bridges and a climbing tower with a 3.8m curved slide. Ten large south-facing sun loungers and five new benches have also been created.

The overall project will provide five acres of new public realm, more than 1,700 new homes of which 605 will be affordable and 125,000 sq ft of commercial space. A fifth of the construction jobs will be filled by Haringey residents, including apprenticeships.

Delivering a 71% biodiversity net gain, there will be increased habitats, parkland and tree cover, as well as green roofs and native planting across the development. 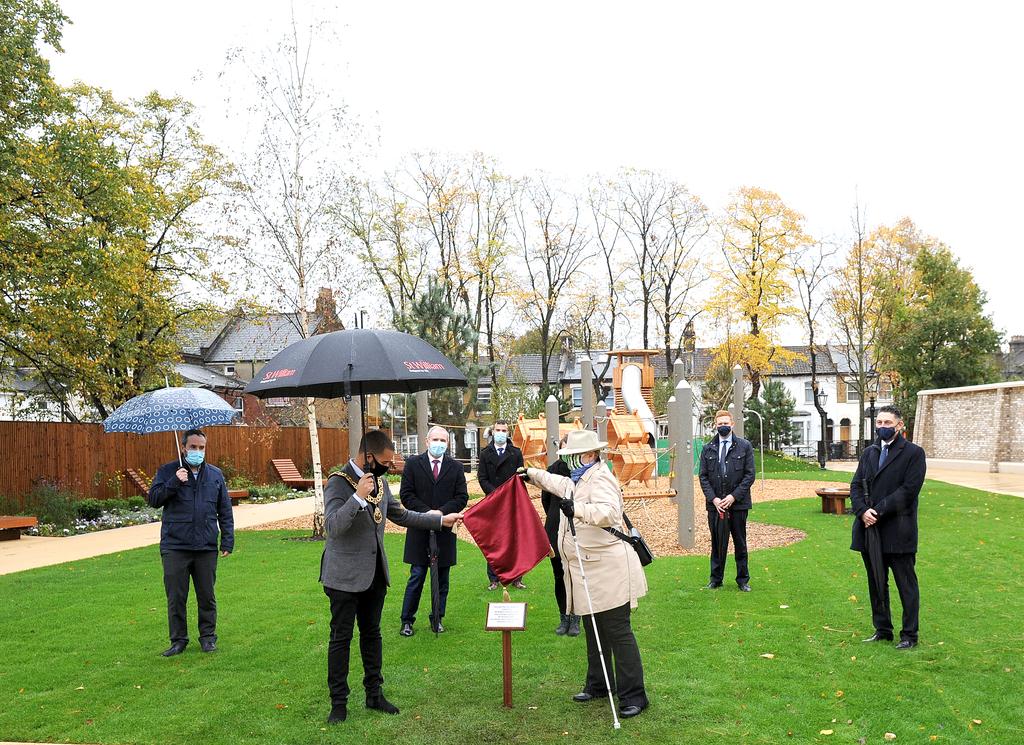 Having only just recently won Green Flag Awards for all of our existing parks, it’s great to welcome Hornsey Park to an already impressive collection of green, open spaces here in the borough. Our parks have been a real lifeline to residents during the ongoing pandemic, allowing them to relax and unwind outdoors when we’re increasingly finding ourselves spending more time inside. I feel sure Hornsey Park will serve that invaluable purpose to its local communities in the months and years to come.

Some other notable features of Hornsey Park include a new artwork entitled ‘Course & Flow’ by artist Rachael Champion.

Rachael’s sculpture, which is formed in the shape of a three-dimensional map, has been heavily influenced by Haringey’s topography and the course of the meandering River Moselle (also known as the Moselle Brook), that flows through Tottenham out towards Pymmes Brook and the River Lea. 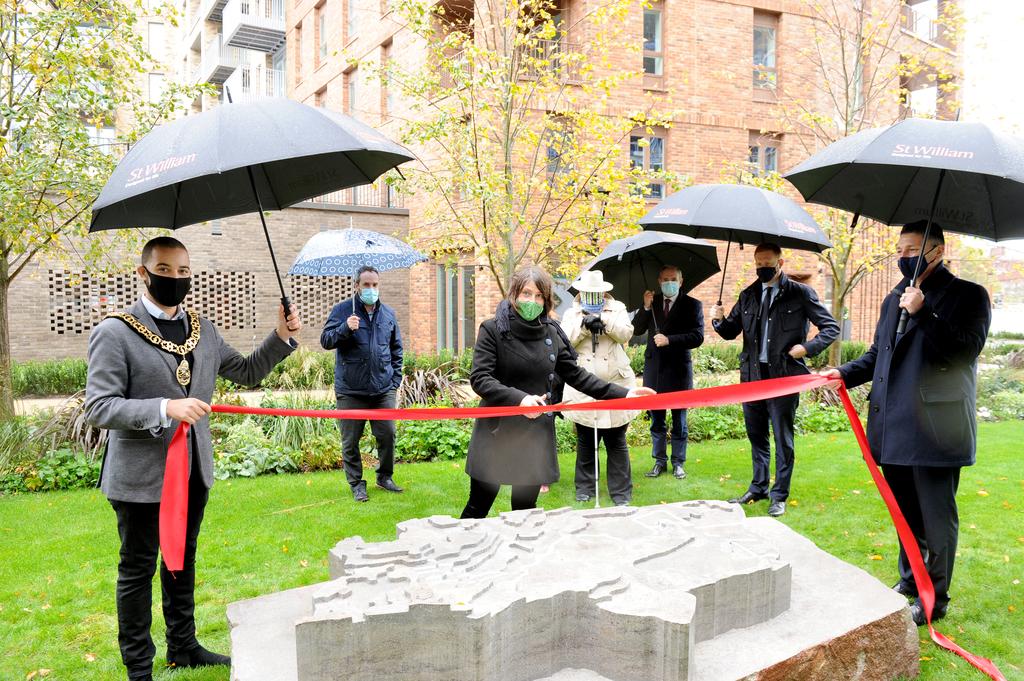 Additional to Rachael’s installation, pupils from Years Two-Six at St Mary’s Primary School have helped design a temporary hoarding around the park’s perimeter as the works continue with the wider scheme.

A selection of pictures from the natural world have been printed across the hoarding, providing a tantalising window into the new green, landscape-led neighbourhood that is still yet to come.

The Clarendon project delivers for Haringey in a big way, offering as it does affordable housing, economic investment into the Wood Green area, local jobs and apprenticeships for our residents and impressive community amenities such as this fantastic park. I’d like to thank Rachael and the St Mary’s Primary School pupils for their artistic contributions to this new park. They’ve really added a distinct local flavour to the overall scene that I believe our residents and visitors to the borough will truly appreciate and enjoy.

Hornsey Park is a significant new area of green space for residents and the community to enjoy. St William is defined by its landscape-led approach to the creation of new homes and places, and we are thrilled to bring forward another important green space in the city, converting disused former industrial land into pleasant usable places and supporting biodiversity gain across London. We hope that the community will enjoy the park and that the new sculpture will enable people to discover more about the local area.