Haringey Supports Ukraine: We are working with local groups to support people in Ukraine. See how you can help and donate.

A groundbreaking report recommending major changes to the teaching and learning of science, technology, engineering and maths­ (STEM) was published today by the Haringey STEM Commission. Set up by Haringey Council in autumn 2015, the STEM Commission is independent group, chaired by Baroness Morgan which was asked to raise attainment in STEM subjects. 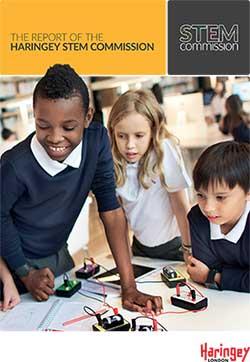 The STEM Commission report was published alongside new research by the House of Commons library which found the number of pupils in England achieving A to C grades in science, maths and technology GCSEs has fallen in recent years.

The STEM Commission report has 12 final recommendations including:

New Mayor of London Sadiq Khan, has made skills a key part of his policy programme, and has pledged to conduct his own London-wide STEM Commission.

“Rapid technological innovation is changing our lives and our education system must adapt quickly to bridge a growing skills gap in science, technology, engineering and maths­. The STEM commission has focused its attention on Haringey, but this is clearly a national issue which the government must address.

“There are enormous opportunities for young people – the challenge now is for everyone involved in their education to come together to ensure Britain is a world leader in science, maths, technology and the digital economy.”

“I want Haringey to lead the way on STEM, raising aspirations for our education system so young people can make the most of the amazing opportunities that will be open to them if they study science, technology, engineering and maths­. I urge the new Education secretary to study the STEM commission’s report closely and act to ensure our children don’t get left behind.”

5. The Ada National College for Digital Skills will open in Tottenham Hale in September 2016. The college will equip young people with the latest high-tech skills and qualifications from software programming and data science to games design and app development.