Haringey wins Cultural Impact Award from the Mayor of London

This morning at City Hall, Haringey was given a Cultural Impact Award by the Mayor of London, Sadiq Khan. Haringey’s team was at the headquarters of the Greater London Authority to learn which borough would be named London Borough of Culture for 2023.

Although the honour ultimately went to Croydon, the Haringey team was still successful in being given a Cultural Impact Award, which comes with £200,000 in funding to deliver cultural projects and events in the borough.

Haringey’s bid highlighted the borough’s rich cultural history and some of the world-famous artists who have the called the area home, including Adele, Skepta and The Kinks. It also focused on the many top-class entertainment and artistic venues in the borough, such as Alexandra Palace, Jacksons Lane in Highgate and Tottenham’s Bernie Grant Arts Centre, and the wealth of performance arts, culture and music that they have on offer. 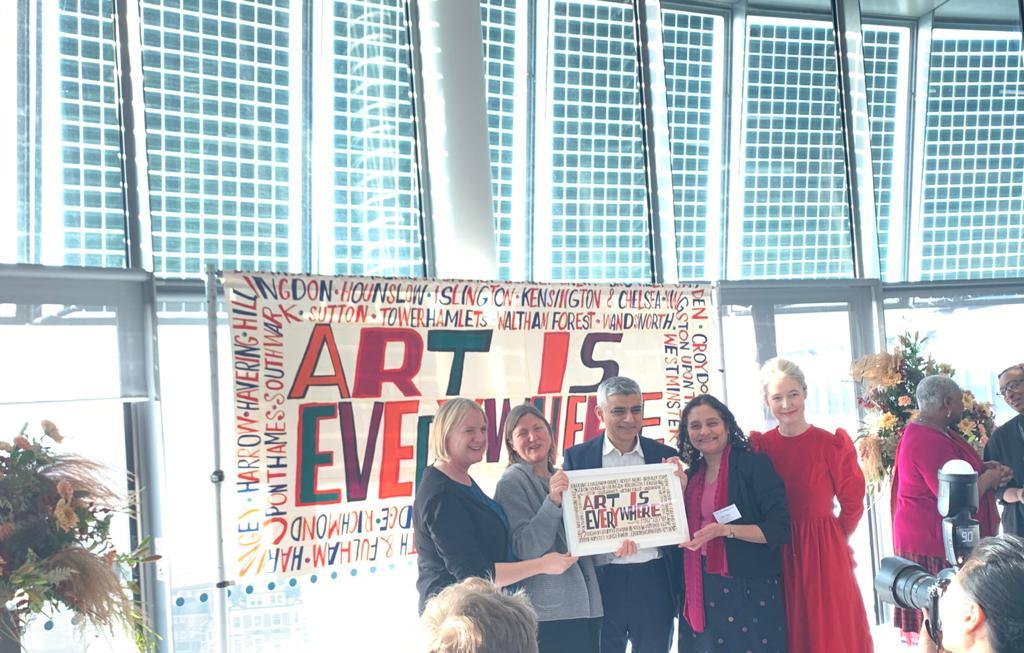 Haringey has a truly rich cultural history and we are thrilled this is being recognised. From our borough’s heritage to our amazing musicians, artists and diverse communities, I am so proud of everyone who makes Haringey a remarkable place – there’s simply nowhere like it. Some of the world’s biggest stars call Haringey home and it is a hotbed of talent for future generations. Our borough has an amazing story to tell and I’m thrilled we get the opportunity to do that through this programme.