The first of four commemorative paving stones has been laid at the Tottenham war memorial sites in honour of WWI Victoria Cross recipients.

Four Haringey soldiers will be remembered as part the Department for Communities and Local Government campaign to recognise those who received the prestigious award because of their bravery in the face of the enemy.

The paving stones are laid during the centenary year of when each soldier carried out their heroic deed. Each stone is inscribed with the name of the soldier, their regiment and rank, and the date they received the award.

The first ceremony held on Friday 23 March honoured Tottenham resident, Lt Alfred Herring of the Royal Army Services Corps, who in March 1918, held off an enemy attack on the south bank of Montagne Bridge in France.

The Mayor of Haringey, Cllr Stephen Mann attended the event, along with members of the armed forces, school children from Bruce Grove Primary School, Ledley King, and the family of Lt Herring.

Speeches were delivered by the Mayor and senior military officer, Lt Col Steve Day. A one-minute silence was held to reflect on all those who have lost their lives at war. This was followed by a reading of the Victoria Cross Citation, a blessing, and the Exhortation (Act of Remembrance).

We are delighted to have this opportunity to recognise these Haringey soldiers who fought and died in the war. The Victoria Cross is the highest of accolades and we feel privileged to assist in providing a long-lasting tribute to their memory and the sacrifices they made for their country.”

The programme for Lt Herring’s ceremony is available on the Haringey website, where you can also read more about all the Haringey Victoria Cross recipients. The next ceremonies are scheduled for April, May and November. 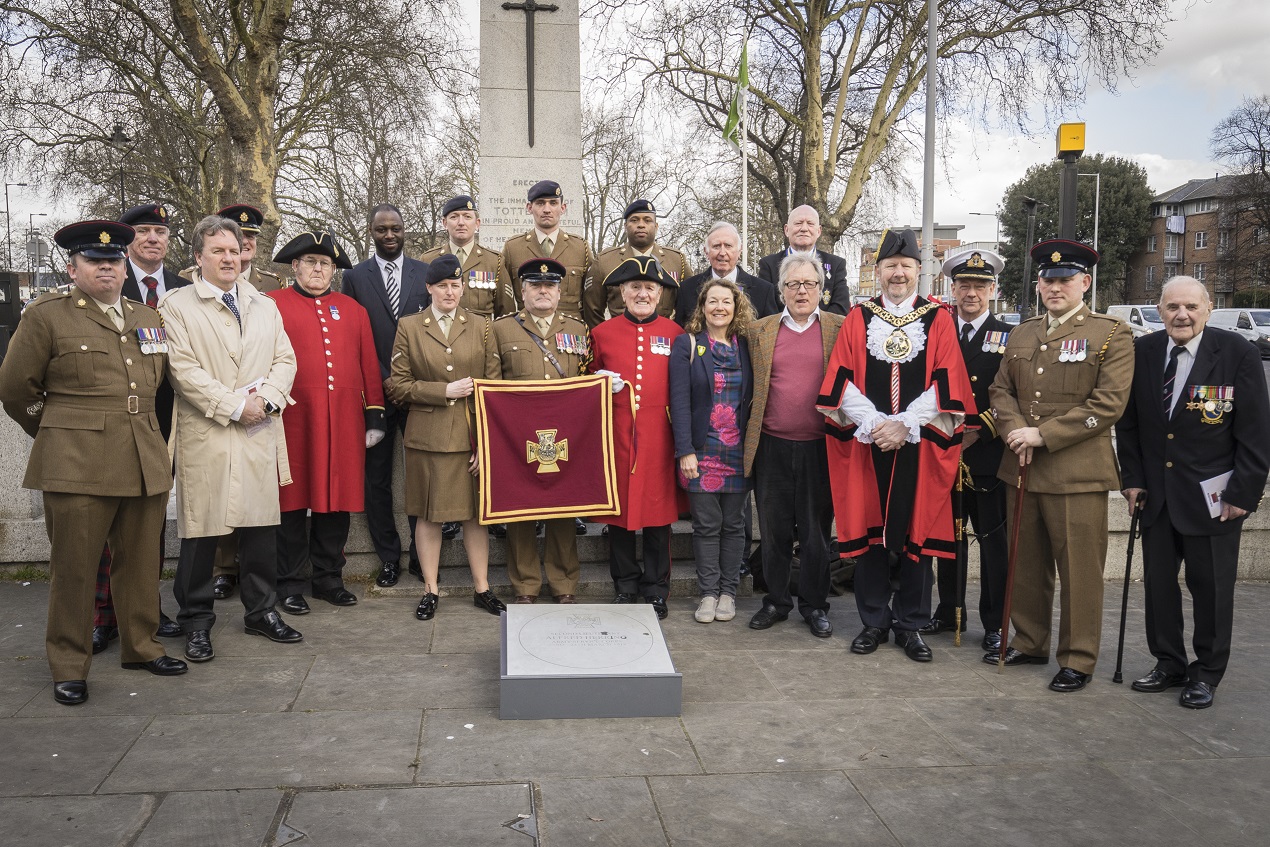