Haringey Has Pride in successful event this weekend 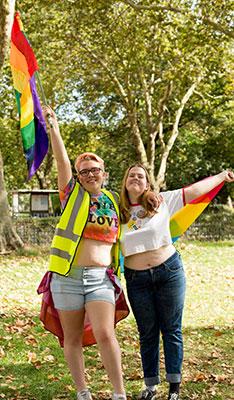 Haringey came out in force at the weekend for its very own Pride Festival. The event celebrated the LGBT+ community on Saturday 15 September, and was attended by local MPs and Cllr Blake.

“It was great to see so much of our community gather together in a day of solidarity and celebration to show how far we’ve come together since the 1980s. We’re very proud of our heritage of support for the LGBTQ+ community and we look forward to continuing to work together on this.”

The free Saturday event was part of a recreation of a 1989 Haringey Pride Festival that started at Wood Green. Residents enjoyed artistic performances and a vibrant mini parade in Ducketts Common.

The project, funded by Heritage Lottery, was part of the wider project Haringey Has Pride which celebrates and investigates Haringey’s rich Heritage in LGBTQ+ activism. Previous community activities included a flag-making workshop at Alexandra Palace, and a Community Fun Festival at Chestnut Community Centre.

The Ducketts Common event offered guest speakers sharing their experiences of LGBTQ+ activism, as well as Haringey’s role in standing up for the rights of the LGBTQ+ community.

“Saturday showed us how rewarding it is to successfully work in partnership with so many organisations, such as Wise Thoughts and the Council.

“It’s exciting that looking back at the past is influencing the future in our borough for the better, as this project has helped create a successful LGBTQ+ network for Haringey.”

“We’re also working in partnership with other community organisations in Haringey to strengthen the support offered to people who identify as LGBTQ+ in the borough, on this and other projects such as heritage research.”

The day was part of a wider project which will include a documentary with Opening Doors London and Homes for Haringey, as well as a community play at Alexandra Palace. 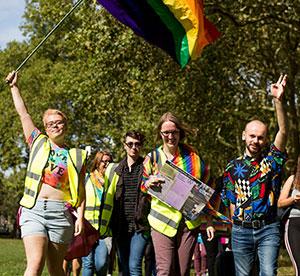 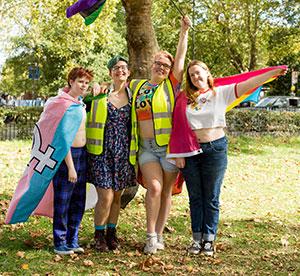