Haringey Council elections – the results are in! 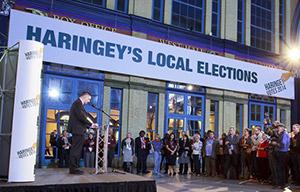 Thousands of residents flocked to the polls to have their say over who should represent them in the borough during the next four years.

The Labour Party retained overall control of the council with 48 of the 57 total seats, while the Liberal Democrats won nine seats.

We are committed to one borough and we stand for every part of Haringey, and we will ensure that the officers who are employed by the council deliver local services to the highest of standards. We want to see the highest standards and the best for the people of Haringey because frankly this is London’s best borough.

The Leader added that commitments during the coming electoral term would include a council tax freeze; investment in better streets; further improvements to education in Haringey; investment in community policing, and new affordable homes.

In total, 29 of the 57 the councillors elected yesterday are new to Haringey Council.

Overall turnout was 38.1 per cent, with the highest turnout in Alexandra Ward, where almost 50 percent of eligible residents had their say.

Haringey residents also voted in the London Region of the European Parliamentary elections. Results from these elections will be announced on Sunday evening.

A full ward-by-ward breakdown of the 2014 Haringey Council elections results is available on the Haringey Votes website.

Photography from the count at Alexandra Palace will also be online soon. 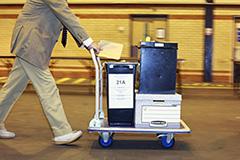 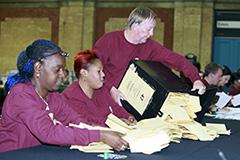 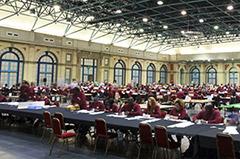 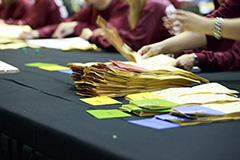