Cllr Adam Jogee has been appointed as the new Mayor of Haringey, taking over the role from Cllr Sheila Peacock.

Cllr Jogee has represented Hornsey since May 2014 and has a passion for the borough where he grew up. He was handed the Mayor’s chains at the council AGM last night.

This year the new Mayor will use his fundraising role to support Pram Depot (an arts-led recycling project that provides high quality recycled baby clothes and equipment to vulnerable new mums and their babies), The Accumulate charity that provides creative workshops to young, homeless people who are living in hostels or temporary accommodation, and The Friends of Hornsey Church Tower.

He takes over from Cllr Sheila Peacock who was celebrating her fourth stint in the role and supported disabled and vulnerable children (including the Step by Step nursery), the Lymphoma Action and the Friends of Pembury Nursery.

Cllr Jogee said he was honoured to take up the role of Mayor and set out his goals for the coming months.

“I am thrilled to be taking over as the new Mayor of Haringey. I have spent the last six and a half years working hard for our residents and want to continue delivering for our community as we seek to build a better Haringey - together.

“My fundraising this year will be focused on three organisations that mean a great deal to me and so many people across the borough. They centre around vulnerable new mothers and their children, young homeless people, and Hornsey Church Tower - an age-old feature of my ward.

“I want to say thank you to Cllr Sheila Peacock for her year as Mayor and for her service to the people of Haringey. I am relishing the chance to take over the reins and represent this great borough as its first citizen.”

“I want to thank those who have supported me during this year of office and to give thanks to members of my pensioners group who helped me with all my fundraising events. I am pleased to say that we raised £30,000 and it would have been more without the pandemic taking place.

“I have really enjoyed my term of office and am pleased to hand over to our new Mayor Cllr Adam Jogee and I hope that he will enjoy his term of office serving the people of Haringey as much as I have.”

Haringey Council’s Cabinet was also confirmed at the AGM, with Cllr Kaushika Amin taking over as Deputy Leader.

The Cabinet is as follows: 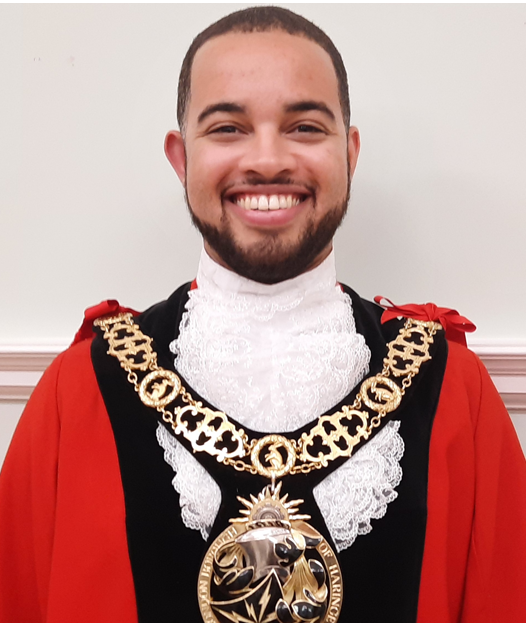 Please help us improve our COVID-19 support and information