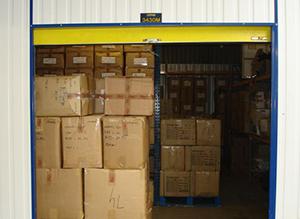 A fraudulent trader who built a counterfeit clothing empire from his Tottenham premises has been jailed following a Haringey Council investigation.

Ivan Genis, 58, of Hendon Wood Lane, Barnet, sold the fake goods – including imitations of brands such as Nike, Adidas and Ralph Lauren – to retailers across the UK from the mammoth stockpile in his White Hart Lane warehouse.

The council’s trading standards team seized thousands of t-shirts, polo shirts and tracksuit bottoms worth £73,000 when they raided Genis’ Brands Plaza Trading Limited premises in Tottenham and Borehamwood in May 2009 and July 2011.

At Wood Green Crown Court last month (17 June), Genis was jailed for 10 months after being found guilty of five charges of being a director of a firm looking to sell counterfeit goods.

He was also made to pay nearly £18,000 in costs to Haringey Council.

Genis’ plot saw retailers across the country unwittingly sell the forged fashion items that he supplied from his distribution centre.

The council will now seek to recover any profits Genis made from selling the knock-off goods, while the court ruled the fraudster must forfeit his fake fashion stockpile.

Genis thought he could use Haringey as a base to flog fake fashion across the country, but his illegal sales have landed him behind bars.Our trading standards officers keep a close eye on the minority of rogue traders who think they can flout the law, and we will investigate where appropriate to protect local businesses that play by the rules.