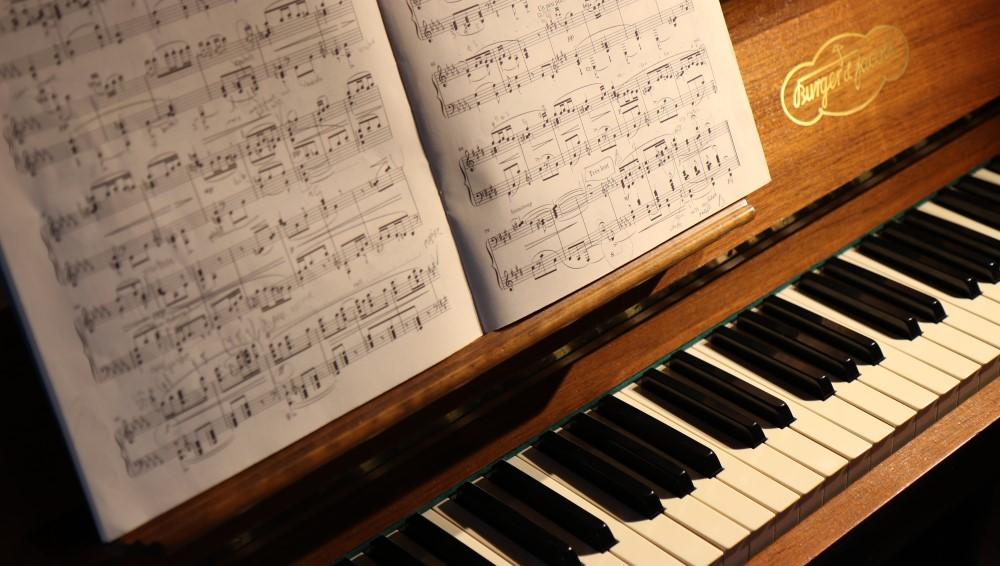 Ben studied music at the University of Oxford from 2007 to 2010 and, prior to this, was awarded a place as a specialist musician at Wells Cathedral School in Somerset. He is now Director of Music at St. Columba's Church in Knightsbridge, and combines this with a substantial freelance career in London, including vocal coaching, accompanying, and conducting.

Ben has established choirs for a number of City firms and founded his own group, the Iona Consort, in 2018. He has broadcast on BBC Radio 3 and has recorded on the digital labels “Resonus Classics” and “Regent Records”. There have been performances at the Victoria International Arts Festival in Gozo, and a concert tour of Buenos Aires, Argentina. In 2019, he was invited to deliver a choral workshop at St. Paul's School in Sao Paulo, Brazil.

It has been a rather enjoyable project. I initially assumed it would last for a few months or so, but I am pleased to say that I have a core group of singers, around 10 or so, dialling in each week. I think the music itself has become just one small element of proceedings—people join in for the social interaction, which everybody seems to crave in these uncertain and isolated times.

I think the rehearsals have kept people in some semblance of vocal health. Singing, as exercise, benefits the mind as well as the body, and it has been important to offer people a vocal workout even while in isolation.

All sorts! Generally, people have joined from the choirs with which I currently work (choral societies/office choirs/church choirs).

I have found it important to have a sense of structure to the week. With no concerts in the diary, the silence has been a little deafening. The opportunity to log on and make music (even if in a different way) has been very uplifting for me.

There are quite a few benefits to online piano lessons that have emerged! The first, and perhaps most obvious, is the practical consideration that you can teach people wherever they are in the world.

It has been marvellous logging on and teaching students from all over the world: Saudi Arabia, Luxembourg, Scotland, Switzerland. Younger students benefit because they need to be more self-reliant in their practice—one can’t just show them how to find notes on the keyboard. These skills need to be developed more deeply and, therefore, I think the progression can actually be more impressive.

Things are slowly opening up. I think there is a sense of fear around singing in public again—the thought of choirs standing very close together is still quite a few months off, I fear! I am still working wholly online, but there seem to be some choirs discussing a return in the next month or so.

I think nothing will ever replace live concert performances. The atmosphere, splendour, and reality of live performance can never truly be imitated online. What this year has shown is that online technology can be a very useful and productive tool for rehearsing and keeping musicians engaged in the build-up to performances. If we were to find a technology that allowed for live performance (virtually) with no time delays, then that would certainly be ground-breaking for choirs!

A hybrid of Zoom, in-person rehearsals, and live performance may well become the new norm, and I would like to think that, going forward, we will continue to utilise these technologies to involve people more widely in music-making opportunities.