Cllr Erdal Dogan has been appointed Cabinet Member for Stronger and Safer Communities.

Cllr Dogan’s arrival will see him focus on key areas including:

Cllr Dogan was elected as a Haringey Councillor in May 2018 and has lived most of his time in the borough since the age of ten.

He went to White Hart Lane school, and his first job as a teenager was working at a restaurant on Green Lanes. He first became involved in politics in 2010 to achieve change for a better, fairer and more just society.

His professional career has been in Information Technology and Communication in Higher Education Institutions.

Cllr Dogan lives in Northumberland Park with his wife and two children who attend a local community school. He is passionate about community cohesion, equality, education and digital technologies.

“I am delighted to have the opportunity to take on this new role to serve the people of Haringey.

“I am passionate about our communities. They are invaluable and make a huge contribution to Haringey. I’d like to reach out to as many communities as possible so we can shape our services according to their needs.

“One of the issues I know that residents are particularly concerned about is antisocial behaviour. We will be working with all our partners including local communities to explore solutions to help make safer and more pleasant place for everyone.

“I am also keen to work with our residents in relation to digital exclusion. I will be engaging with this part of the community so that we can better understand these challenges and put in place the right measures to support them.” 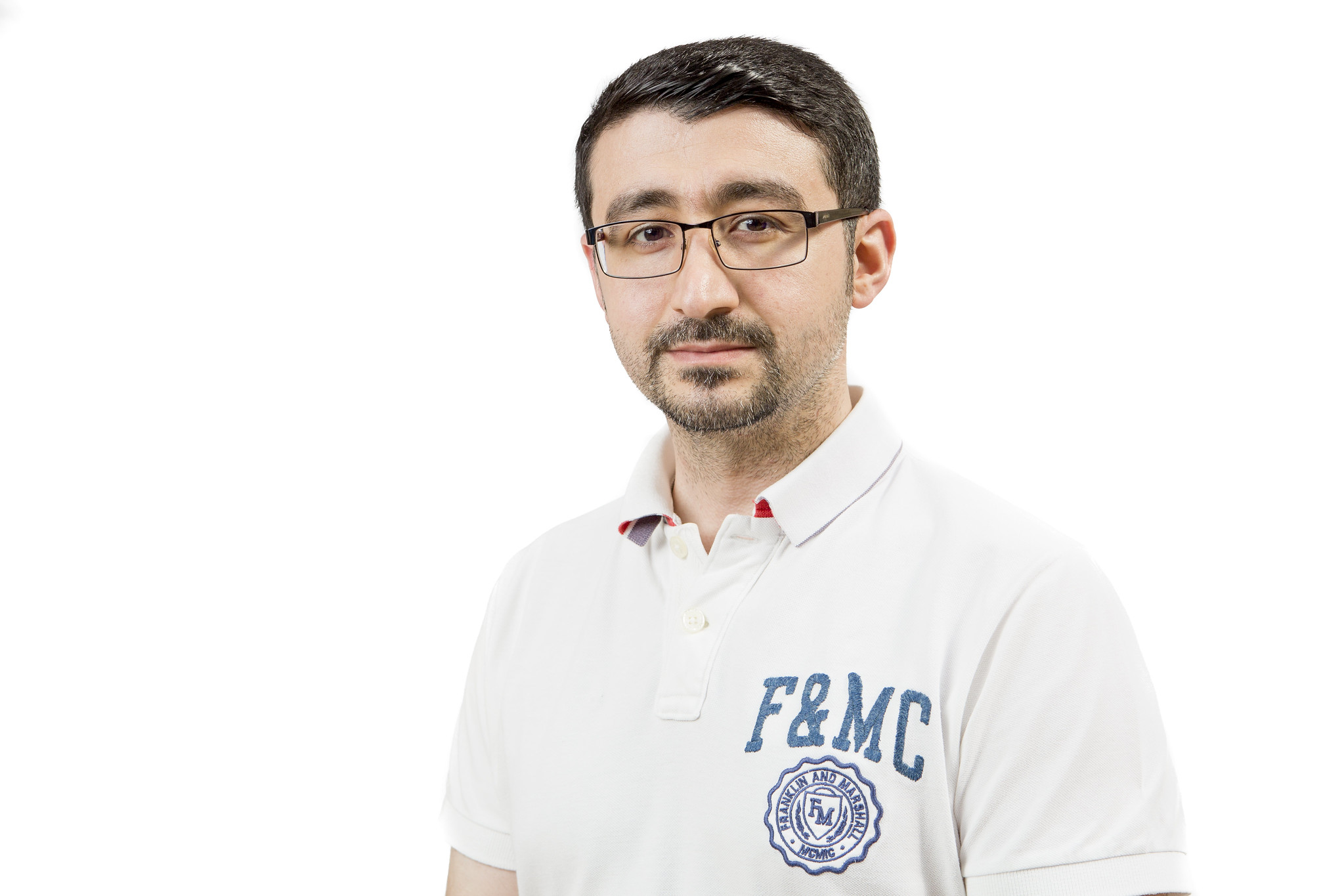 At a Downing Street press briefing this afternoon, Deputy Chief Medical Officer for England, Professor Jonathan Van-Tam announced that all over-18s in the UK will be offered a booster vaccine, as part of the government's efforts to tackle the spread of the Omicron variant.

In addition, the gap between second doses and boosters is being reduced from six to three months.

Severely immunocompromised people will be offered a fourth dose and children aged 12 to 15 will be invited for a second dose.

Eleven cases of the Omicron variant have now been detected in the UK. Two new cases have been recorded in London and six in Scotland
The Scottish and Welsh first ministers have urged Boris Johnson to tighten travel restrictions further, by making everyone in the UK isolate for eight days. Downing Street has rejected the call.

Following this announcement on extending COVID-19 booster jabs to all adults 3 months after 2nd jabs, the NHS is working to put in place these new rules. For the time being, please do not come for your booster unless you are over 40 and at least 6 months since your 2nd jab.

New COVID-19 restrictions have been announced following the discovery of a small number of cases of the Omicron variant in the UK. The new measures include:

These new measures will be in place from 4am on Tuesday 30 November.

The new measures do not include advice to work from home or require vaccine passports in England, part of the Government’s Plan B for winter.

In addition, the Department for Education is now advising pupils in Year 7 and above, as well as school staff and visitors, to wear face coverings in communal areas. The measure applies to education establishments in England including secondary schools, colleges and universities, as well as staff in childcare settings.

The changes mark the return of the travel red list, which had been cleared of all countries in October. Ten countries in southern Africa are now on the UK's travel red list, meaning that until further notice, any British or Irish residents arriving in the UK after recently visiting any of those countries will have to quarantine in an approved hotel for 10 days. Residents from the countries themselves will not be allowed into the UK until the red list status changes.

The Joint Committee on Vaccination and Immunisation (JCVI) is expected to issue new advice within the next couple of days about extending the booster vaccination programme to adults aged 18 and over. 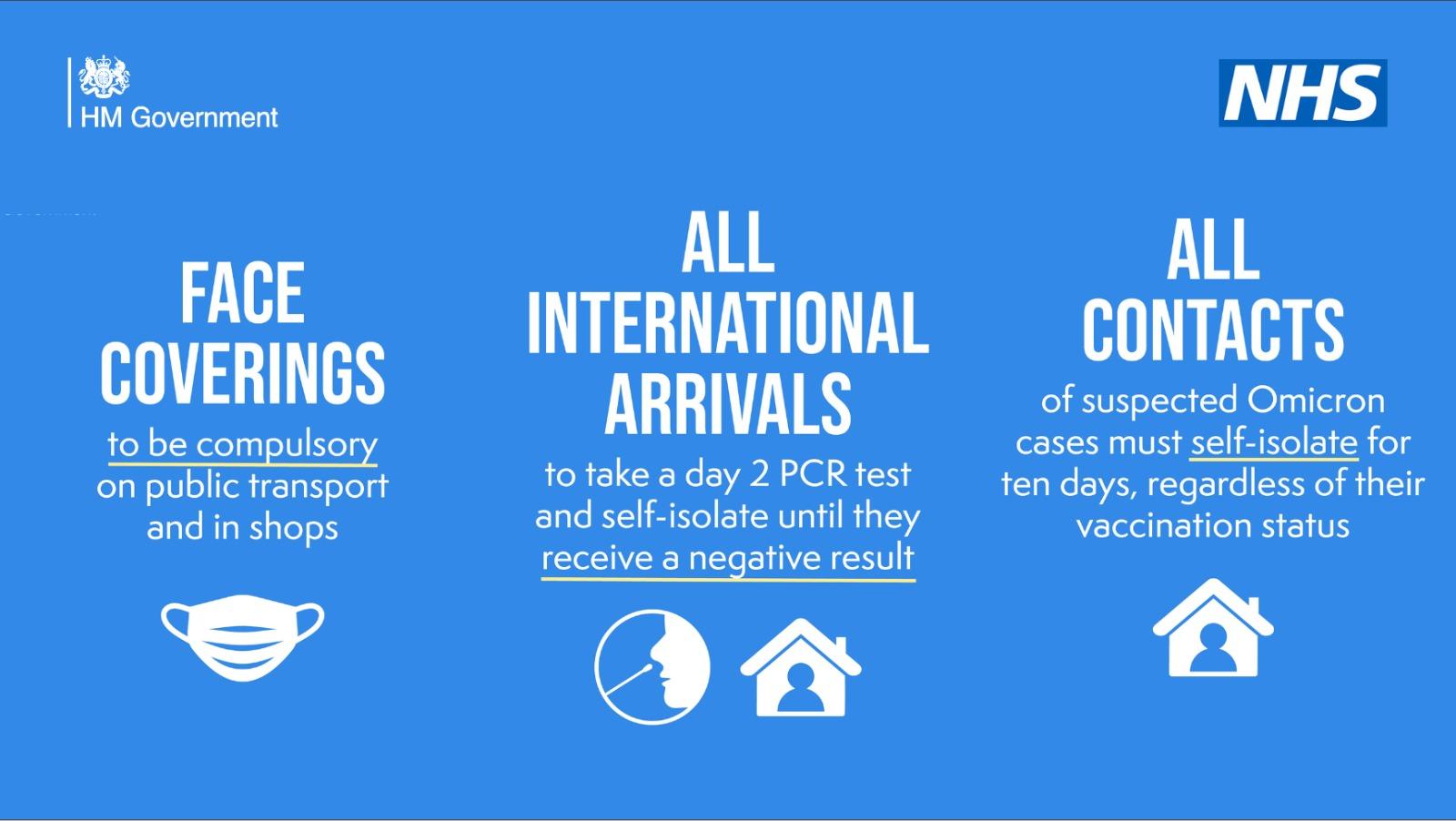