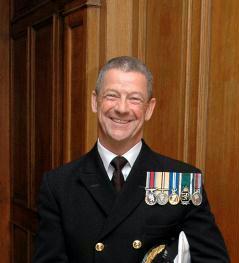 The office of Lord-Lieutenant and Deputy Lieutenant is of military origin and dates back to the time of Henry VIII when they were appointed for the maintenance of order and for military purposes relating to local defence. Their military role has largely disappeared, but links are maintained by association with Volunteer Reserve Forces. They are also connected with other uniformed organisations such as the Fire, Police and Ambulance services and various volunteer bodies. Lords-Lieutenant have long been associated with the magistracy and, until the 19th century, they appointed the Clerk of the Peace. Nowadays, Lord-Lieutenants generally sit as magistrates.

Lord-Lieutenants are appointed by The Queen, on the advice of the Prime Minister, for each county of England and Wales and each area of Scotland, save for the cities of Aberdeen, Dundee, Edinburgh and Glasgow, pursuant to section 1 of the Lieutenancies Act 1997.

Lord-Lieutenants are Her Majesty's personal representatives in a county or area. Their prime duty is to uphold the dignity of the Crown. Within that remit, the Lord-Lieutenant will exercise the following functions:

You may contact Captain Peter Baker via the Mayor's Office, please send letters to: