What we have heard

We would like to thank all those who contributed to the Haringey Fairness Commission, without whom the report would not have been possible.

The report outlines 32 recommendations for how the council - working with others - can tackle inequality and promote fairness in the borough and acts to reflect the many and varied voices we heard throughout the Commission.

The Fairness Commission ran an engagement phase from November 2018 to March 2019, with a break of six weeks in November and December 2018 while a local by-election took place. During that time, the Fairness Commission held three public events, received submissions from individuals, schools, voluntary sector groups, and went to 25 smaller events, hearing from over 1,500 residents.

The Fairness Commission was interested in hearing about the lived experiences of the people who live and work in Haringey. Discussions were often focused on the following topics:

The topics that the Fairness Commission has been seeking to understand have been very broad. The next stage of the Commission’s work will be focused on a small number of topics, so that the Commission can explore them in sufficient depth to make meaningful recommendations. This prioritisation has been led by what we heard through the initial public engagement. The Commission will focus on the following issues over the next few months:

The Commission will now develop a programme of work under each of these issues. The programme of work will include further engagement with individuals and organisations within the community, alongside expert witness sessions, citizens panels, and other approaches. The aim will be to recommend practical and strategic actions that the council and partners can take to tackle inequality.

The final report will set out the Commission’s recommendations. This is due to be published in autumn 2019. 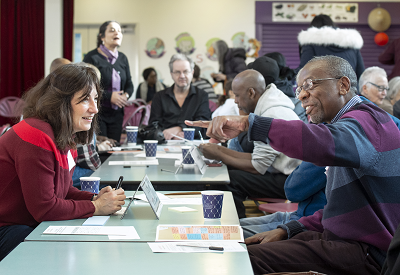 The event, which was well attended by local residents, was a great opportunity for us to hear from Haringey residents about their experiences of inequality in the borough and how they think it can be reduced.

Commissioners and resident volunteers moderated group discussions around seven different topic areas: Jobs, Debt and Poverty, Housing, Health and Social Care, Children and Education, Communities and Neighbourhoods, and the Environment. There was also an Open Discussion topic for any issues that didn’t fit into one of the other categories.

The Commission heard a wide range of views, particularly around the need to keep Haringey residents informed, online and offline, about the services the council offers. We also heard about the need to better support communities with language barriers, and concerns around the cumulative impact of welfare cuts, caps and sanctions. Likewise, there were discussions around how poverty and insecurity in housing impacts people’s mental and physical health, and their children’s education.

At the Haringey Fairness Commission’s second public event on Tuesday 15 January 2019, residents assembled at St Mary’s school to discuss their experiences and perceptions of inequality, and how they think the borough could be made a fairer place.

Residents took part in small table discussions, with around eight residents on each table, discussing one of eight topics relating to life in Haringey: Children and Education | Communities and Neighbourhoods | Debt and Poverty | Health and Social Care | Open Discussion | Environment | Housing | Jobs.

The discussion on each table was led either by a Commissioner, a volunteer Haringey resident or a council officer, whose role was to make sure that the discussion stuck to time and the key questions were addressed, as well as to make a note of the issues that were raised. At the end of each session, the group voted individually on which topics their table discussed that the Commission should focus on as a priority. A plenary session was held at the end for tables to share what they thought were the most important issues they had discussed with everyone at the event.

Helping to make our borough fairer 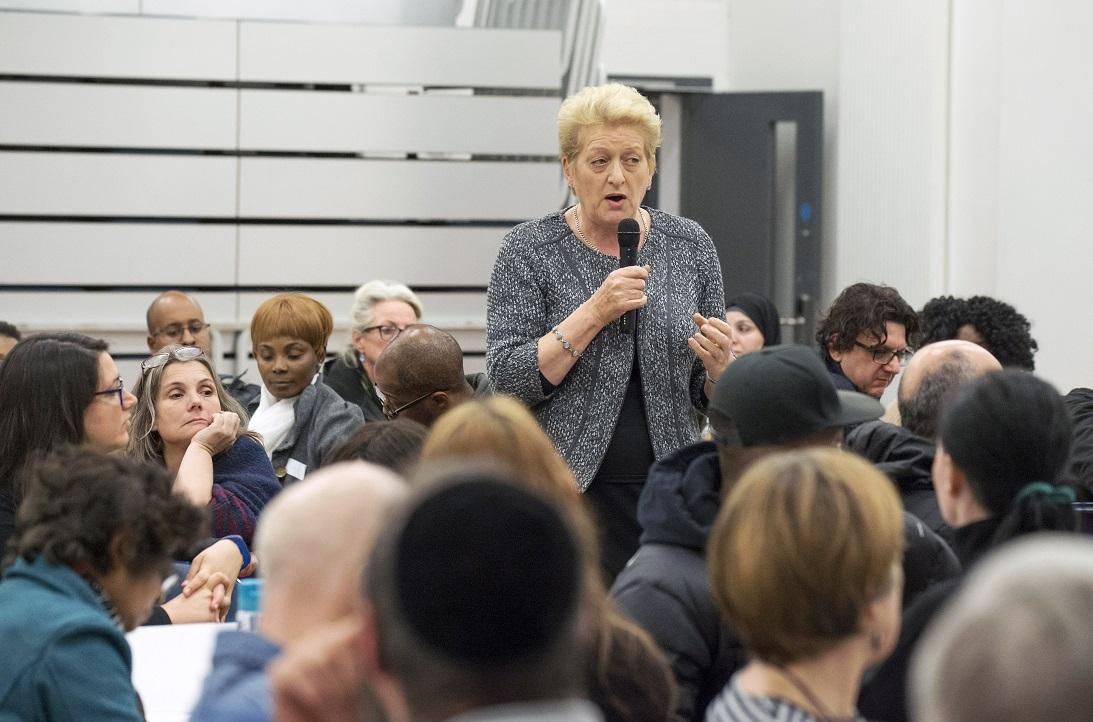 What could a ‘fair’ Haringey look like? What does ‘fairness’ mean to you? Just two of the big questions debated in the first public event organised by the Haringey Fairness Commission.

On 1 November 2018, more than 100 residents filled the hall at Park View School in central Haringey. They were there to discuss how the council can tackle inequality and promote fairness in the borough.

"The idea is to get the residents to talk about the issues which affect them in relation to these areas and tap their brains in terms of what they think would solve these things.

“The first stage is a listening exercise and we really want this to be a bottom-up approach. We will have more public meetings and then, next summer, we will make our recommendations to the council to help make Haringey a fairer and more equal place to live and work.”

A number of tables were positioned around the room each with signs pointing out which big issues would be discussed at that particular table including: ‘Jobs’, ‘Housing’, ‘Children and Education’, ‘Debt and Poverty’, ‘Health and Well Being’ and ‘Communities and Neighbourhoods.’

Volunteer residents and Commissioners moderated the discussions at each table, ensuring that everyone had their say. At the end of half hour sessions, those at the table could vote on which issues they discussed should be a priority for the Commission to focus on.

"It’s a very interesting event and, as a member of the borough, I feel like I have responsibility to come here and to speak up.

“My table discussed ‘Children and Education’ and we’ve been speaking about the lack of diversity within the education system and lack of resources. One thing I would do to help would be to introduce places for young people to go after school, so they’re not on the streets, as many youth clubs have been shut down recently.”

My major concern is air quality which is also an issue of social justice.

“There is a dramatic split between the east and the west of the borough with the less affluent areas having the most polluted air. Events like this are important to hear voices from the community and to give residents a chance to have their say.”

As well as having her say one resident also received guidance for some of her particular concerns - Abida Siddik said:

"I have issues with my housing situation. And, after voicing my concerns, I was directed to a couple of people who might be able to help me and my family.”

A representative from each table kept a record of all of the issues that were raised, and at the end of the evening attendees stood up and shared the highlights of their discussion in an ‘open-mic’ session, with the chairs, Paul Watt and Councillor Zena Brabazon, making notes of the issues raised.

"It was a great event and I’m glad it’s ongoing because you have people willing to stand up with the Fairness Commission and fight with them. I will now be sending out WhatsApp messages and emails to encourage even more people to come to the next event."

The event was a positive opportunity for residents to have their say about Fairness in Haringey, and to challenge the Commission and the council to reduce inequality across a number of areas. Check back soon for a full summary of what was heard at the event, which will be published by the third week of November. 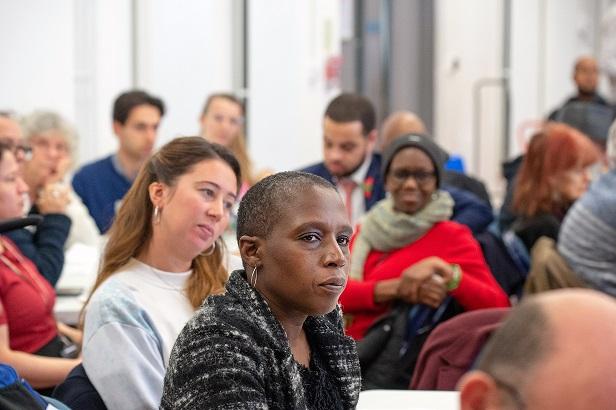 Below are the write-ups of testimony gathered by the Fairness Commission during its initial engagement stage, where permission has been granted to share it publicly online.

The evidence does not reflect the view of Haringey Council, nor of the Haringey Fairness Commission.

We will also be using existing sourcing of information to inform the work of the Commission. In particular: