Down Lane Park first won a green flag Award in 2014, has retained it ever since. 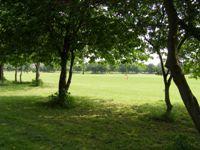 Down Lane Park is situated between two roads - Park View Road and Ashley Road - near to Tottenham Hale. It is used regularly by local residents and sports groups, and is an attractive cut through for commuters using Tottenham Hale Station.

The land where the Park now sits was purchased by the Council in 1900, and was formally known as Lammas land. It was opened on 11 May 1907 by the wife of the then Chairman of the Council, Mrs Garland, and was initially called Down Fields, later having its name changed to Down Lane.

The Park now consists of a large green sports field which accommodates two adult sized football pitches, available for booking during the football season. The outdoor gym opened in 2012 was upgraded in 2014 to provide an easy access hard surface and is extremely popular with local residents.

To the south of the park lies the playground, popular with families, a mini BMX track, a basketball court, the Tottenham Hale Bowling Club and 3 floodlit tennis courts.

Parking is available in the car park situated off Park View Road.

Masterplan for Down Lane Park 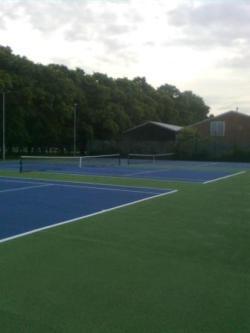 Following extensive local consultation a master plan for the park was completed in October 2011.

This has led to the creation of an outdoor gym (with surface upgrade in 2014), path improvements, a new mini natural play area, new park seating, new and refurbished perimeter park fencing and the provision of three new all weather tarmac floodlit tennis courts.

To find out more about Down Lane Park, how it's managed and future aims and aspirations please read the Down Lane Park management plan 2020 (PDF, 4MB).

We’ve been engaging with residents, park users, local schools and Living Under One Sun Community Hub and Café on plans for a new Artificial Grass Pitch (AGP). Funding has been secured for this project and work will start later in 2020.

For all the latest updates on the AGP and opportunities to get involved visit the Tottenham.London website (external link).