Summer holiday fun! See what activities are running in Haringey for children and young people during the summer holiday. 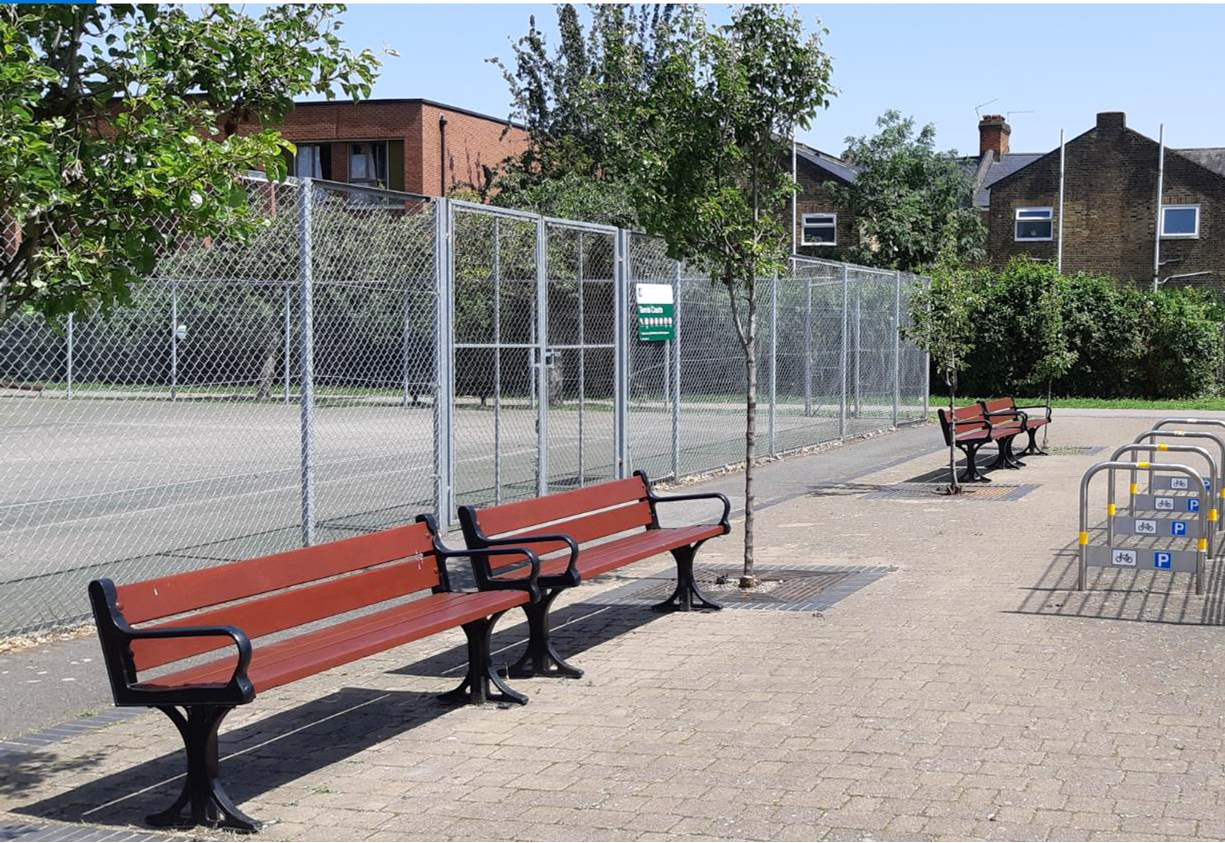 Chestnuts Park has held its prestigious green flag status for over a decade since it was first awarded in 2008. The Green Flag Award® scheme recognises well-managed parks and green spaces across the United Kingdom.

Chestnuts Park is a great place to visit for people of all ages. An open playing field surrounded by plane trees on three sides covers most of the western side of the park.

The café and picnic terrace is at the southern end of the playing field, next to the playground. The café is open Monday to Saturday throughout the year.

The eastern half of the park contains an outdoor gym, tennis courts (which are available and free to use all year round). The park benefits from a multi-use games area (MUGA) which, although designed for football, can be used for a variety of sports. There is also a basketball hoop and line markings just outside the MUGA.

The Chestnuts community centre, which is managed by the Bridge Renewal Trust, is located in the south-east corner near St Ann’s Road.

You can find more details about the facilities and management of the park, and plans for the future in the latest  Chestnuts Park management plan 2021 (PDF, 1.3MB)

History of your park

The land now known as Chestnuts Park originally housed a watercress farm. The stream which used to run through the land now occupied by the park is now contained within an underground culvert.

A large house, called Chestnuts House, was built around 1850 on the land now occupied by the Chestnuts community centre. Behind the house were gardens with a fountain. The house and grounds together occupied most of the land now known as Chestnuts Park. The house was demolished in the 1980s but some of the brick entrance columns remain.

There have been several recent projects most of which have been led by the Friends of Chestnuts Park. These include the creation of the willow garden and the circular benches around two mature trees, the creation of a wildflower meadow (in late 2019) and the creation of a new entrance to the park opposite Chestnuts Primary School to encourage greater use of the park by children (and their carers) on their way to and from school.

A project to possibly open up the culverted Stonebridge Brook at the northern end of the park is at an early stage. If successful it could improve the biodiversity of the area, provide new recreational opportunities and help to reduce flood risks and improve drainage in the surrounding area.

How to get to Chestnuts Park (external link)

Below is a list of upcoming events in Chestnuts Park.