The council’s additional period of engagement on the proposal to rename Black Boy Lane has now ended. Thank you to everyone who has taken part in the consultation process to date.

The initial consultation asked residents of Black Boy Lane to provisionally choose between 2 new street names - La Rose Lane and Jocelyn Barrow Lane. As residents opted for La Rose Lane, this is the name that was taken into the next phase.

The second consultation was conducted during a period of lockdown due to the COVID-19 pandemic. We ran an additional consultation, as agreed in March 2021, to allow for more engagement including in-person drop-in sessions at St Ann’s Library and the Chestnuts Community Centre.

Corporate Committee will consider the results of the third consultation at their next meeting on 1 February 2022.

Our second phase of consultation on the renaming of 'Black Boy Lane' to 'La Rose Lane' ran from Friday 15 January to Friday 19 February 2021. Thank you to everyone who has taken part in the consultation process to date.

Read the full Black Boy Lane consultation letter including the FAQs and the Legal 'Notice of Intention':

Who is John La Rose? 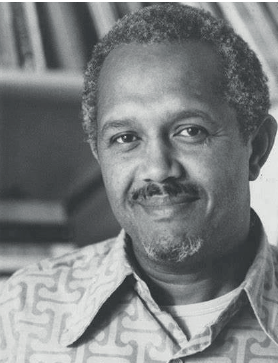 John La Rose was born in Arima, Trinidad, in 1927. At nine he won a scholarship to St Mary's College, where he later taught before becoming an insurance executive.

In the 1940s John La Rose helped to found the Workers Freedom Movement and edited their journal 'Freedom'. He was an executive member of the Federated Workers Trade Union, later merged into the National Union of Government and Federated Workers. He became General Secretary of the West Indian Independence Party and and contested a seat in the 1956 General Election for the party. He was also involved with the Oilfields Workers Trade Union, becoming their European representative from 1962 onwards.

John La Rose arrived in Britain in 1961. In 1966 he founded New Beacon Books, the first Caribbean publishing house, bookshop and international book service. Growing up in a colonial society in the Caribbean made him acutely aware that colonial policy was based on a deliberate withholding of information from the population. There was also a discontinuity of information from generation to generation. Publishing, therefore, was a vehicle to give an independent validation to one's own culture, history and politics - a sense of self - and to make a break with discontinuity.

In 1966 John La Rose, along with the Jamaican writer and broadcaster Andrew Salkey and the Barbadian poet and historian Edward Kamau Braithwaite, co-founded the Caribbean Artists Movement, providing a platform for Caribbean artists, poets, writers, dramatists, actors and musicians. In 1972/73 he was Chairman of the Institute of Race Relations and Towards Racial Justice.

John La Rose was involved in the Black Education Movement from the late 1960s, particularly in the struggle against banding, and the placing of West Indian children in schools for the educationally sub-normal. He founded the George Padmore Supplementary School for West Indian children in 1969 and helped found the Caribbean Education and Community Workers Association. In the 1980s he was instrumental in setting up the National Association of Supplementary Schools, and was its Chairman for a time.

In 1975, after a black schoolboy was assaulted by the police in Haringey John La Rose and concerned parents founded the Black Parents Movement to combat the brutalisation and criminalisation of young black people, and to agitate for youth and parent power and decent education. The Black Parents Movement, in alliance with the Race Today Collective and the Black Youth Movement , became one of the most powerful cultural and political movements organised by black people in Britain. The alliance formed the New Cross Massacre Action Committee in response to the New Cross fire which resulted in the death of 14 young black people, and mobilised 20,000 more black individuals and their supporters in March 1981 to protest the death of the young people and the failure of the police to conduct a proper investigation. John La Rose was the Chairman of the New Cross Massacre Action Committee and gave tremendous support to the bereaved families.

John La Rose was also part of many organisations focusing on international concerns. In 1982 he helped to found Africa Solidarity, supporting the struggle against dictatorship and tyranny in Africa and he also became Chairman of the Committee for the Release of Political Prisoners in Kenya, also founded in 1982. In response to the rise in fascism and xenophobia, he helped to found the European Action for Racial Equality and Social Justice in the late 1980s, bringing together anti-racists and anti-fascists from Britain, Belgium, Italy, France & Germany.

One of John La Rose's greatest achievements was the International Book Fair of Radical Black and Third World Books (1982-95), organised jointly with Bogle L'Ouverture Books and Race today Publications. He was joint director with Jessica Huntley of the Book Fair and from 1984 its sole director. John La Rose was the editor at New Beacon Books and of their journal, New Beacon Review, and published two volumes of his own poetry, Foundations (1966) and Eyelets of Truth Within Me (1992). He also did some filmmaking in the 1970s.

The George Padmore Institute was established in 1991 and chaired by John La Rose. The Institute continues the traditions and methods of work that New Beacon Books and the organisations connected with it have developed since 1966.

John La Rose died on 28 February 2006. He is part of a Caribbean tradition of radical and revolutionary activism whose input has reverberated across continents.

Who is John La Rose?

Black Boy Lane is proposed to be renamed 'La Rose Lane' after John La Rose. John La Rose was a publisher, poet and essayist. He founded the Caribbean Artists' Movement and publishing company New Beacon Books which has a bookshop in Stroud Green. In 1975, he co-founded the Black Parents Movement from the core of the parents involved in the George Padmore Supplementary School incident, in which a young black schoolboy was beaten up by the police outside his school in Haringey.

What will happen next?

Once the consultation closes, we will carefully analyse all the responses and a report will be provided to the council's Corporate Committee which will make a decision on whether to proceed with the change or not. Should the name change be agreed, we will notify residents and organisations and provide further information and support on the implications in good time before the change would take effect later in 2021. The council is committed to supporting residents and organisations through this, should the change be agreed.

Will my postcode and house number change?

No. The Unique Street Reference Number (USRN) for the street will also remain the same, which is used by many organisations.

Will I need to inform Royal Mail of the change to the street name?

No. The council will inform Royal Mail of the address change. Because your postcode won't change, a change in the road name, should not affect any letters or parcels sent via Royal Mail. Utility companies and others buy address lists from Royal Mail.

What organisations will I need to inform about my change of address? How will the council help me?

The council will notify as many organisations as we can on residents' behalf and provide practical help and support, should the change be agreed, including 'pro-forma' documents to send to relevant organisations.
Residents will also have a named person that you can speak to if you are facing any difficulties or need any particular support.

However, you will still need to inform some organisations yourself.

We will provide copies of the official name change Order, which will be proof of the name change. We will continue to compile a detailed checklist of organisations but the key organisations to think about, including those that the council will contact on your behalf, include:

Will the council reimburse me for the cost of updating my information with organisations?

We are considering offering a 'voluntary payment' of approximately £300 per household/organisation for any inconvenience the name changing may cause. We expect that the equivalent time and cost contribution for the vast majority of, if not all, households/organisations will be significantly less than this.

This figure has not been finalised so if you have any views on this payment or other support needed, please include those comments in your consultation response.

Will there be new street name plates?

Yes, the council will provide replacement street name plates, showing the new name should the change be approved. The council will also inform Transport for London of the change and be responsible for making sure that TfL update all their relevant information, including nearby bus stops.

Will this affect my residency, immigration status or UK Visa?

At the point at which any change in road name takes effect, if you have previously applied or are in the process of applying for a UK via, you may need to update your address as part of your application. Haringey Council will provide a Street Naming and Numbering Order as official proof of the change to use when updating your details, and any other practical support to do this. This can be done online and there is no cost.

Why are you doing another consultation?

The previous consultation asked residents of Black Boy Lane to provisionally choose between two new street names - La Rose Lane & Jocelyn Barrow Lane. As residents opted for La Rose Lane, this is the name that was taken into the next phase.

This consultation is a statutory consultation required under Part II Section 6 of the London Buildings Acts (Amendment) Act 1939 and where residents can raise objection or support to the proposal to change the name of Black Boy Lane to La Rose Lane. The council must consider those received before making a final decision whether to change the street name.

Black Boy Lane is the first phase of a wider review where we will be working with our residents, communities, organisations, and local historians to understand the history of street names in the borough and to address any issues raised.

While we appreciate this is a difficult time for everyone, and responding to consultations such as this may be more challenging, we believe that now, more than ever, we should seek to send out a clear message in support of the diversity of our borough.