At Bruce Castle Museum & Archive we are committed to collecting community histories and memories that tell the story of our borough - our people, places and events. We want to continue developing our collections of oral histories, photographs, objects and archive material that tell the story of the people that came to the UK from the Caribbean and settled in Haringey, from after the Second World War to the early 1970s.

If you have, or know someone with their own recollections and stories, and would like to add them to our collections at Bruce Castle Museum & Archive please read our Windrush Archives callout document (PDF, 55KB) to find out how to take part or email museum.services@haringey.gov.uk

As part of our ongoing oral history project the photographs below, along with the stories of the people behind them, have been added to Windrush Generation collection at Bruce Castle Museum & Archive. By visiting the museum and archive you can learn more about Beryl Edwards, who came to England from Jamaica in 1965, Ernest Nunes, who arrived from Jamaica in 1961 and Basil Lewis OBE, who was the first black councillor elected in Haringey. 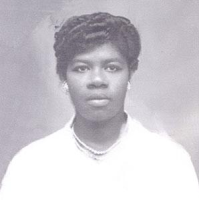 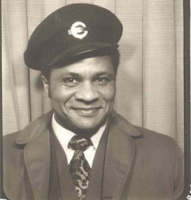 Throughout March 2021 the museum celebrated local textile designer Althea McNish with a display of her fabrics in the windows of Bruce Castle, accompanied by a display of works created by children from Tiverton Primary School, inspired by Althea's fabrics.

Althea McNish was an internationally important textile designer and artist who lived in Haringey, in West Green Road for over 50 years. Part of the Windrush Generation, originally from Trinidad, Althea came to the UK in her early twenties and had a prestigious career as a designer and became the first woman from the Caribbean to rise to prominence in the field of textile design. Her designs featured in magazines such as Vogue and were sold by Liberty and Heal's.

Below is some of the children's artwork and the display at Bruce Castle Museum. 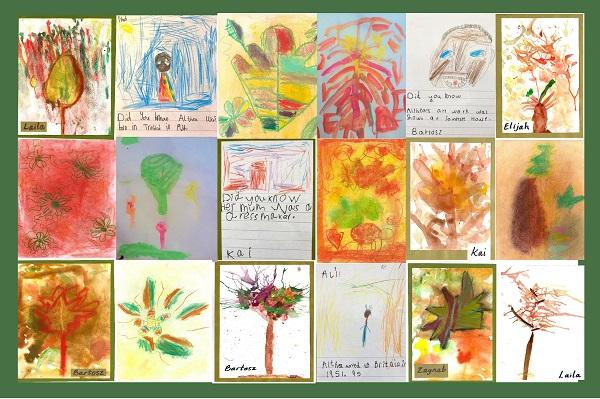 All images copyright of individual artists and Tiverton Primary School. 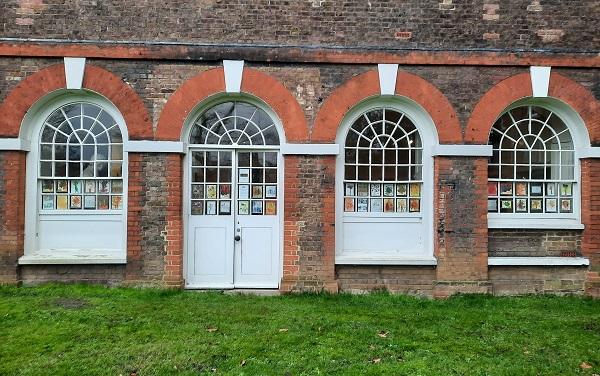 The N17 radio programme was created by students of Haringey Academy Tottenham in partnership with Kick it Out, Threads Radio, RoughHouse Theatre playwright, Dougie Blaxland and Haringey Council. With the support of the Windrush Day Grant, the partners worked collaboratively to produce and broadcast a radio programme - N17 - to coincide with Black History Month. N17 celebrates the extraordinary contribution made to British society by descendants of the Windrush Generation who settled and brought up their families in Tottenham. N17 radio programme won Best Arts Project in the 2021 Hearts for the Arts Awards. The awards celebrate the unsung heroes of Local Authorities who are championing the arts against all odds.

Find out more about the N17 Radio Programme

Watch an evocative film projected on to the facade of Bruce Castle Museum on the evening of 22 June 2019 as part of A Day of Lights and Kites Festival, to mark National Windrush Day 2019. The day included workshops, music, activities, exhibitions and talks, and concluded with this celebratory light projection.

The projection shows a curated collection of images from Bruce Castle Museum and Archive, including local Windrush elders.

A Life in Tottenham, Interrupted, 2019

Watch extracts from Vernon Vanriel’s story as told to Tottenham MP David Lammy and Mike Phillips in June 2019. Vernon came to live in Tottenham as a young child, as part of the Windrush Generation.

Known as 'The Entertainer', his successful boxing career took him to prominence in the 1970s and 80s, but after travelling to Jamaica 13 years ago he was refused re-entry to the UK. After a long fight to gain a passport, he finally returned to the UK in September 2018.

We are delighted to welcome him back to his home and to hear his story.