To round up Pride Month 2020 Veronica McKenzie from Haringey Vanguard, a local BAME LGBTQ+ project, shared an update on what the project has been doing over the past year and her thoughts on the impact of recent events on BAME and LGBTQ+ movements across the world. 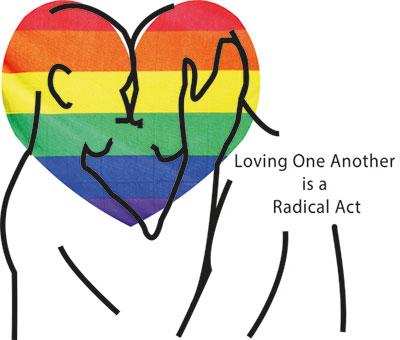 Whilst Pride Month is normally a time of celebration and reflection for the LGBTQ+ communities, as we ease out of the lockdown and attempt to return to some semblance of normal life, for some (me included!) this year it seems to have caught us off guard. The fact is that many people are still reeling from the carnage that's been 2020.

Last year, the Haringey Vanguard project had stalls at Pride in London and UK Black Pride, where surrounded by other cheery stallholders, we met people from all over the UK and the world, drawn to one of the world’s biggest Pride events. Our giveaways of packets of condoms were extremely popular as were our assortment of lurid-coloured sweets. It was a bright colourful light-hearted party.

This year the devastation of COVID-19, particularly on the Black and Asian communities, has left many of us feeling vulnerable and suffering losses due not only to the disease but to the ongoing underlying health inequality now laid bare. In addition, being forced to shield and remain indoors during the lockdown, meant we were unwilling witnesses to the brutal killing of George Floyd, which circulated on social media, and made its way into round-the-clock news. Little time had passed before yet more killings - this time that of two Black trans women - Riah Milton and Dominique “Rem’mie” Fells.

These killings - amid entrenched racism and transphobia at a time when we were watching en masse - served to focus our minds and hearts on the fight for equality still faced by Black people and the LGBTQ+ communities, particularly black trans women.

We reacted with an outpouring of solidarity for the family of George Floyd, for the many who had been killed before and after him. We joined in protests against police brutality and structural racism. The alliances formed between different sections of society were and are amazing, and we watch closely for action after the statements issued by many institutions, evidencing great intent.  We saw statues torn down and others removed under cover of night. To see the world unite around a simple statement - BLACK LIVES MATTER - was a profound moment in history. And one of the most interesting aspects is that people are now questioning history, interrogating what they thought to be true.

History shows us that LGBTQ+ people have always been present in the struggle for racial, and sexual equality, whether that be the Civil Rights movement in the US, or the Suffragettes. Gay Pride started as a protest. There were no police doing the limbo! 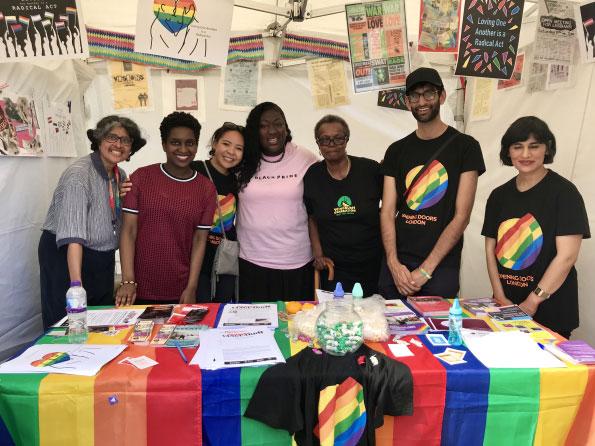 It's important to document these moments of change, so we don't lose the clarity of who took part. A great example of erased history is that of Bayard Rustin, a black gay man, who influenced Martin Luther King, and was acknowledged only fairly recently. Likewise, in the UK a founding member of group that started Stonewall was Olivette Cole Wilson, a black lesbian. Black LGBTQ+ activists were instrumental in forming radical legislation that led to the Changing the World manifesto, paving the way for equal rights for the LGBTQ+ community forty years ago, and Linda Bellos was chair of the London Strategic Unit, which authorised Black History Month in October 1987.

I pick out these individuals because their actions led to wide ranging changes in society, and challenges narratives that omits or minimises the contribution made by Black LGBTQ+ communities, or even more troubling, pushes narratives that try to pit our communities against each other.

COVID-19 means we couldn't attend any Pride events, and though there's been lots online, we took the opportunity to reflect on the past year and to think about the true meaning of Pride and Black History Month. For heritage projects like Haringey Vanguard, a Black and Asian LGBTQ+ History project, this communal remembrance and conversation is vital to the preservation of our histories. The oral histories and materials we collect will go into an archive knowing it will inspire, inform, and provide context to whoever stumbles on it in 10 or 20-years’ time.

All that has happened this year has shown us that we have to show up, stand up, and consider what connects us to each other. We will soon be back to celebrating Pride, hopefully later this year. But in the meantime, let’s take a moment to take stock as we're seeing that history is not set in stone - it is an ongoing conversation. Making use of local archives, joining local history groups or simply following one of the many historians on social media, is one way to better understand the world.

We are happy to be working with the London Metropolitan Archives and Museum Services based at Bruce Castle Museum, and with our volunteers to carry out this work.

Though Covid means we can't meet with our volunteers right now, we look forward to the time when - in the words of Vera Lynn - we'll meet again!

Visit the Haringey Vanguard website (external link) to learn more about the project.