Record-keeping by the Victorians changed drastically in the 19th century. Despite more and more information being recorded, it is nonetheless difficult to determine just how many black Victorians there were living in Britain during this time. The census can help us with recording someone's place of birth, but it does not record a person's ethnicity or colour of their skin. This interactive map (external link) mapped by Caroline Bressey shows us just some of the known lives of black Victorians living in the London area.

There are a number of black Victorians living in the Haringey area who are not recorded on this map. We are still finding out more about the local black Victorian population through researching a range of historical sources - from newspapers, wills, civil registration documents for recording births, marriages and deaths as well as Church records. The introduction of photographs has also become an important source for research, helping us to actually see a visual record of black people, when written records are lacking information.

Here are just a few photographs of black Victorians who we know were living or working in the Haringey area in the 1800s: 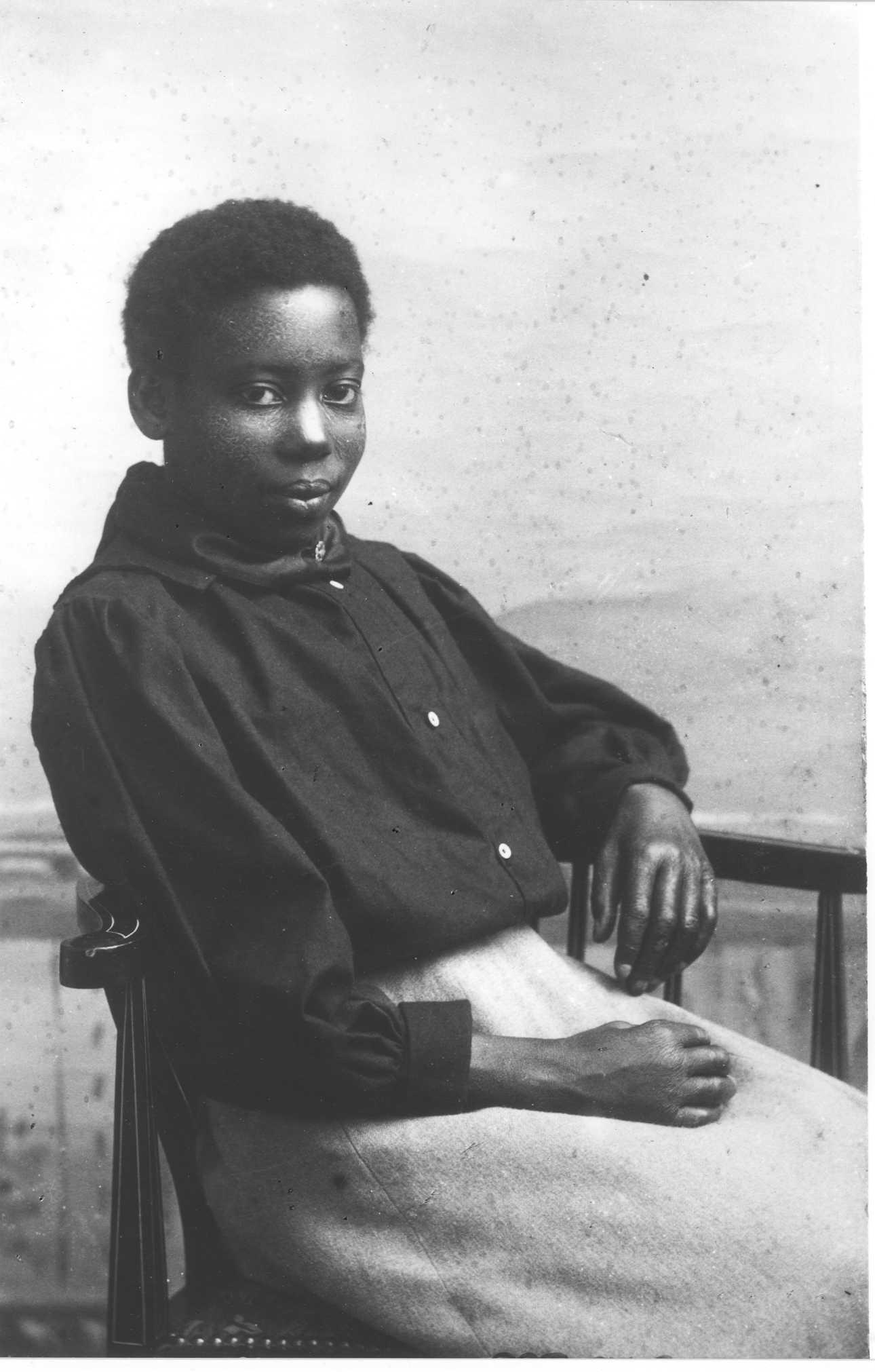 As an eight-year-old, Asarto came to live in Tottenham in about 1899. She had been born in Sierra Leone and had been adopted by a nurse, Mary Ward. Asarto's mother was very ill and, knowing she was dying, has asked Mary to look after Asarto and bring her to England to educate her. Mary brought her to Tottenham to live with her brother and his family. Asarto went to school locally and trained as a nurse - possibly at the Tottenham Hospital (which became known as the Prince of Wales Hospital in 1907), where Mary herself had nursed - before returning to Sierra Leone to join Mary in their work there.

We know very little about Sister Freda. No surname. No other details. She worked at the Tottenham Hospital at Tottenham Green and can be seen in the back row of a group photograph of the nurses who worked and trained there, taken during the 1880s. 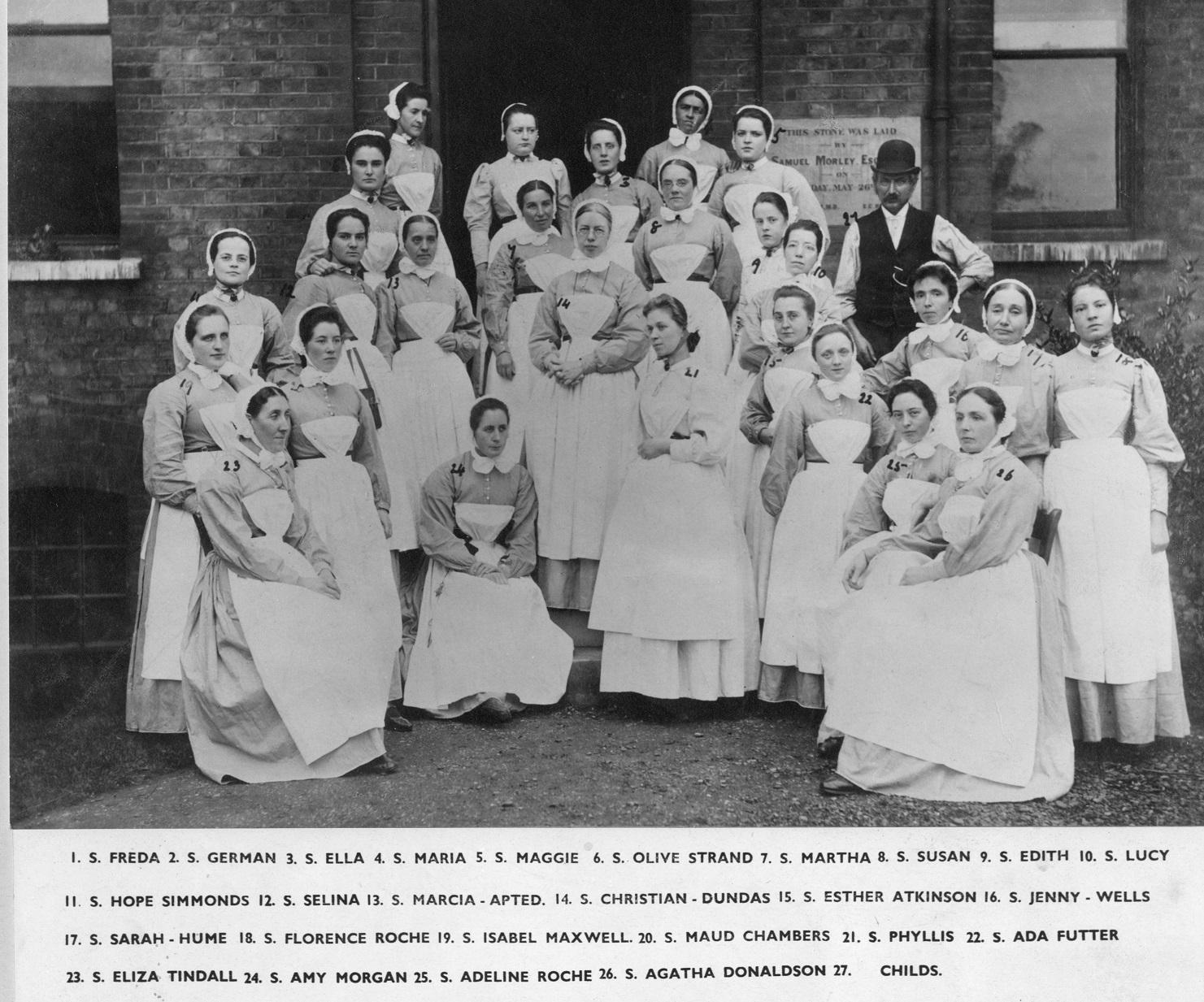 King William of Bonny was an exile. The British Government had arranged for him to be removed to the Ascension Islands and then, possibly with the assistance of local Quakers, he came to live in Tottenham. From 1807, the British navy had been patrolling the coasts of West Africa to challenge any ships illegally carrying slaves. African chiefs were encouraged to produce palm oil, which brought many British traders there on business. King William had frequent quarrels with the traders, which caused challenges to his authority from within Bonny.

After suffering a stroke in 1852, a Regent was put in place whilst he was ill. But the kingdom was unsettled and King William feared for his life and asked the British for help. In 1857, King William came with his wife Annie and two servant girls to live in Tottenham at 13 Philip Terrace (which became 117 Philip Lane). His son George, also in exile, often came to visit during school holidays. The two servant girls attended Lancasterian School near Bruce Castle Park. Little else is known about his stay here.

When he returned to Bonny in 1861,  the 'Tottenham and Edmonton Advertiser' recorded his departure. Once in Bonny, life remained difficult and he could not restore his former power. He died five years later in 1866. Surviving letters from his time here can be found at the SOAS Archives (external link).