During the 18th century it is estimated there were over 20,000 black people living in Britain, mainly in cities such as London. For centuries there had always been a black presence, but in the 18th century there was a remarkable spike in the population. For different reasons, people had settled here – mainly the reasons were associated with the slave trade. Many were domestic servants, seamen or soldiers. But whether they were beggars or a runaway, businessmen or ambassadors, musicians, publicans or writers, their fortunes were dependent on the ups and downs of British commerce and the spread of new ideas.

Whatever their social rank, however celebrated they might have been whilst living here, there would have been a feeling of difference and alienation amongst the black population. Whatever their background, most would have experienced oppression every day.

Through the letters of Ignatius Sancho (?1729 - 1780) (external link) we know what he felt or how he was treated. His letters and works became well known in London society and contributed to the growing abolitionist literature. For people living in Tottenham and Hornsey during the 18th century, they would certainly have heard of or even have met more prominent individuals like Ignatius Sancho. The local Quaker community, many of whom were at the forefront of the abolition movement, would have known him. 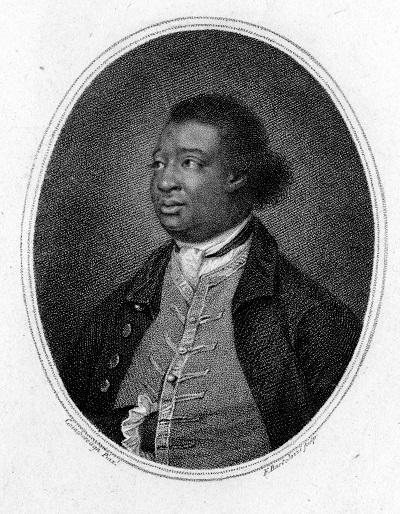 Looking for evidence about the black presence in Haringey in the 18th century, we can discover some records that indicate a number of individuals living here. Sadly, this information is found in the burial registers of the two parish churches for the area. At St Mary’s Church in Hornsey, we have a list, but most of the individuals are without a given name:

They would have been buried in unmarked graves.

We have discovered even more evidence of black Georgians living in or associated with Haringey. Our exhibition 'Black Georgian Londoners: Portraits, People and Perceptions' offers a collection of rare portraits of some black Georgian Londoners displayed alongside new information uncovered about the 18th century owners of Bruce Castle, James and Henrietta Townsend. These images offer glimpses into their lives and show people of different backgrounds. Although today some of their names may now be forgotten, at the time of their portrait most would have been very well-known. You can find out how you can borrow the exhibition panels from our Schools and Learning Programme.