The fact that there was a significant black presence in Britain in the early part of the 20th century, at the height of the imperialist era, challenges the conventional views on imperialism, racism, social history and about the make-up of British communities.

There were British people of African birth or descent in every social group - in all walks of life - living in Britain during the Edwardian era. The black middle classes in particular from this period were visible but their contribution to society has been largely overlooked from traditional history viewpoints.

Here are some black Edwardians who we know about and were born or living in or passing through Haringey.

To mark the Coronation of Edward VII in 1902, colonial troops from around the world gathered at Alexandra Palace (external link). But the new King fell ill and the coronation was delayed for a month. The troops stayed on, encamped at the Palace, and to while away the time they explored their temporary home in London, in particular neighbouring Wood Green.

An unrivalled collection of photographs recording their stay survives in the collections at Bruce Castle Museum and Archive (external link). 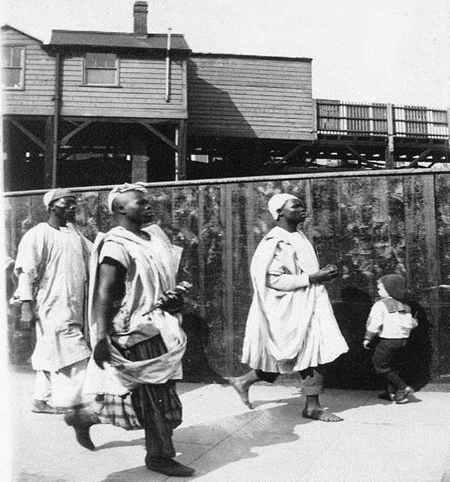 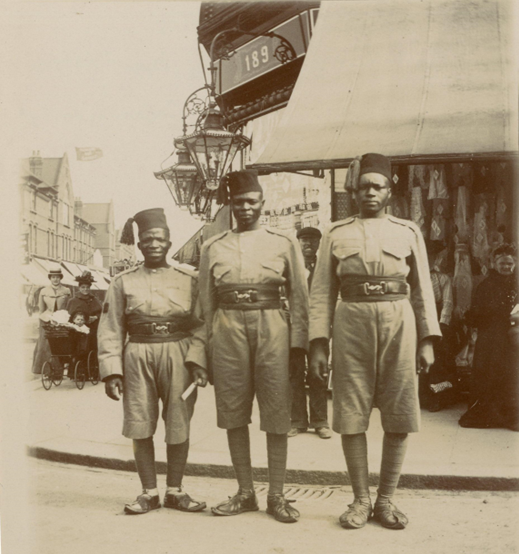 Originally from Jamaica, Dr Goffe (external link) came to London to study medicine. Qualifying as a doctor in 1899, he worked and lived here for the rest of his life. From 1907, he was a doctor at St Ann's Hospital in Tottenham. You can read more about his professional career in his obituary (external link). 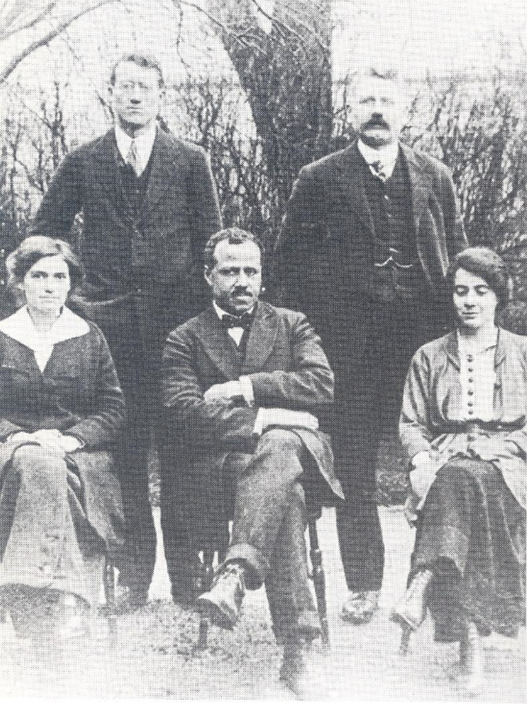 The exceptional life or Walter Tull is a national story. Becoming a professional football player, he played for Spurs between 1909 - 1912, and went on to become Britain's first black army officer in this country during the First World War, contrary to Military Law.

You can read more about his incredible life in an exhibition compiled by Bruce Castle Museum which tells his story, including the time from 1909 when he joined Spurs as a professional football player. Tragically, Walter lost his life at the Battle of the Somme in 1918, serving the country of his birth. 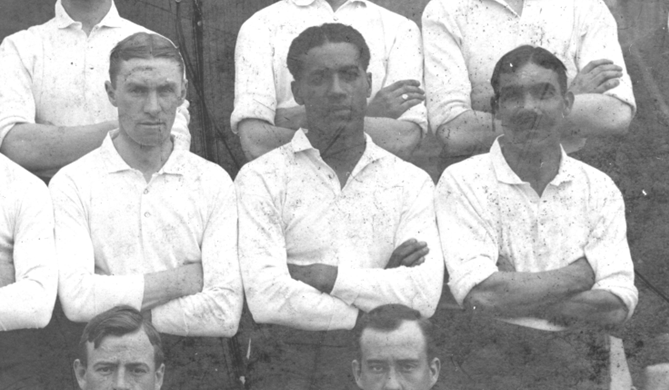 Walter Tull was honoured locally in October 2014 with a Nubian Jak blue plaque placed on the site of Walter's former home in Tottenham. And to mark the 100th anniversary since Walter Tull died, a monument was unveiled in March 2018 in Northamptonshire at a ceremony attended by the Leader of the Council, Councillor Joseph Ejiofor. 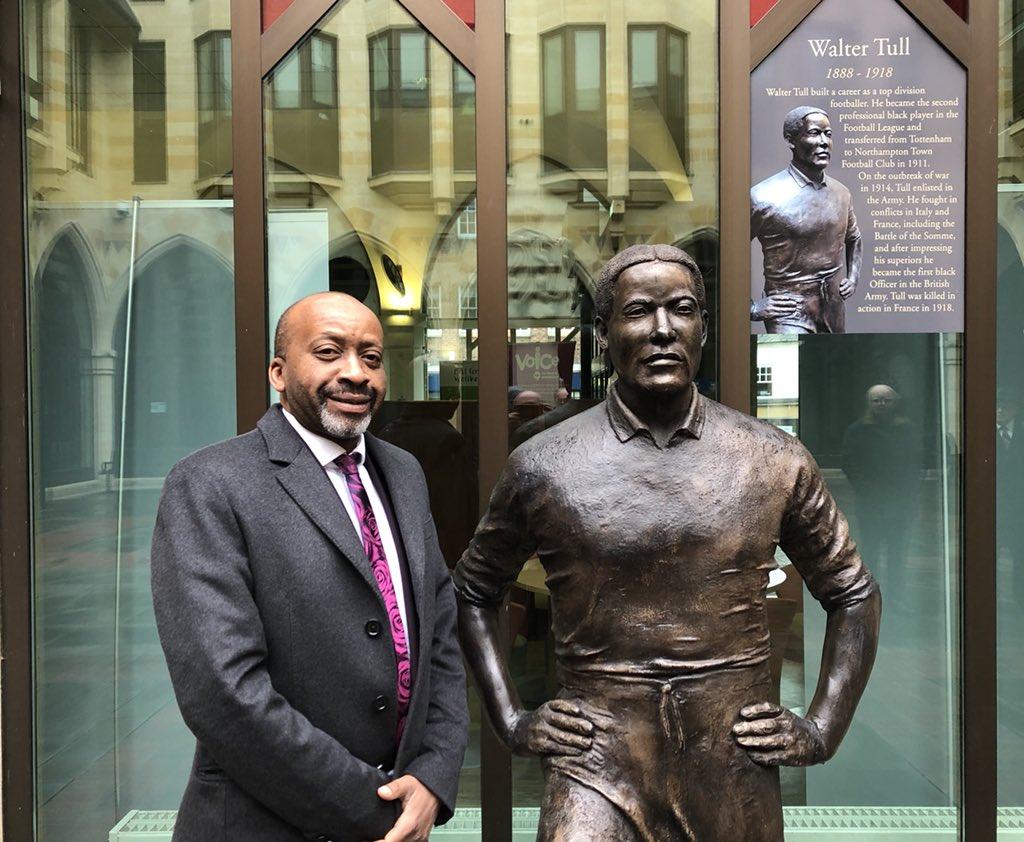 Soldiers from the Empire: Hidden Heroes of the Middlesex Regiment

In 2015, marking the 100th anniversary of the First World War, an exhibition was held at Bruce Castle Museum in partnership with Eastside Community Heritage (external link) and Professor Kurt Barling (external link) of Middlesex University, which told the stories of those men who joined up throughout the Empire and served with the Middlesex Regiment.

You can read more about this exhibition, which can be borrowed as part of our Schools and Learning Programme at Bruce Castle Museum.

There are many other black Edwardians - both men and women - who we do not know about, although sometimes we get rare glimpses.

This photograph shows a soldier who fought for this country. The image was found in the attic of a house in Tottenham. It is hard to identify his regiment but we know for sure that he was a Corporal. He is wearing a shoulder cloth patch which is a battlefield battalion or divisional insignia, introduced in early 1918. But there are quite a few regiments that bear the same insignia so it can’t be certain which battalion/regiment it might be.

If anyone can assist in identifying our unknown soldier, please do get in touch with museum.services@haringey.gov.uk.

To find out more about the contribution of Caribbean men enlisting to serve on the Western Front in 1915 and the formation of the British West Indies Regiment, watch the short film 'The Caribbean's Great War' (external link) (10 minutes; a heritage project delivered by The West Indies Committee (external link) and supported by the National Heritage Lottery Fund).

You can also see a short film with David Lammy MP (external link) being interviewed about his documentary made for Channel 4 -  'Unremembered - Britain's Forgotten War Heroes'. He tells the story of the contribution of hundreds of thousands of black African men, women and children who were caught up in the First World War on Britain's behalf, but were not awarded the same recognition in death 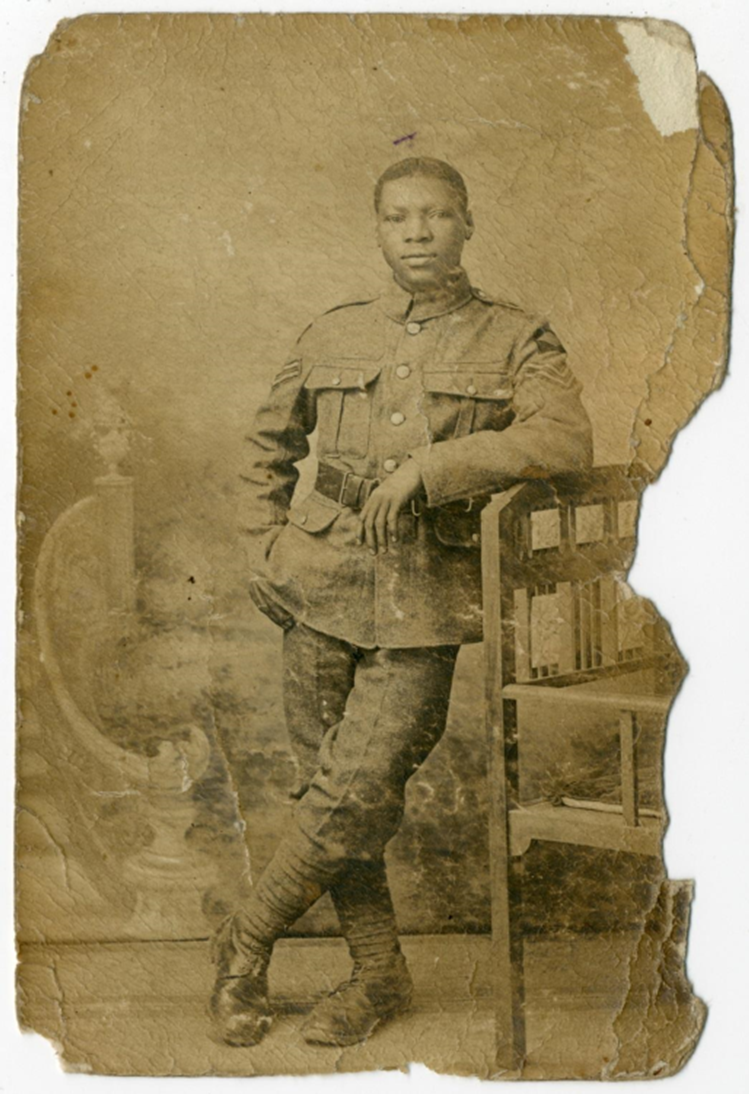