Abolition of the Slave Trade 1807

It had taken many decades but the campaigning of the abolitionists saw success In 1807 when the British Parliament made it illegal for British ships to transport enslaved Africans to British colonies. Former slave and abolitionist Olaudah Equiano (c.1745 - 1797) (external link) sadly did not live to see that success in this country, although his only surviving child Joanna Vassa (1795 - 1857) (external link) did. 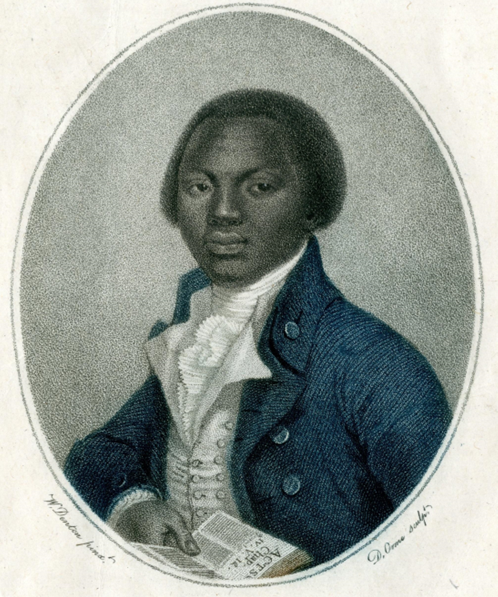 There were many other contemporary local figures in Haringey who, along with Olaudah Equiano, were very prominent in leading the abolition movement to end the British slave trade, many from the Quaker community.

In 2007, marking the 200th anniversary of the passing of the British Parliamentary Act that abolished the slave trade in Britain, an exhibition was held at Bruce Castle Museum called 'Links & Liberty'. It considered the trafficking of people from West Africa to the Caribbean from the 16th century to the 19th century, and looked at the contribution of those contemporary local figures who had campaigned for its abolition. The exhibition also contemplated the legacy and effects of this mass deportation of people - which tragically is still very much in evidence today.

You can read the panels from the  Links & Liberty exhibition: Abolition of the Slave Trade (PDF, 2.4 MB) and also find out more about the other associated events and exhibitions that were held in 2007.

A speech 'The 200th Anniversary of the Slave Trade Abolition Act: a North London perspective' (PDF, 334KB) by Sylvia L. Collicott considers how the British Transatlantic Slave Trade had touched the lives of those living in the parishes of Hornsey and Tottenham. Historian Sylvia Collicott is the author of the ground-breaking book 'Haringey Connections: Haringey Local - National - World Links', published by Haringey Council and the Multi-cultural Curriculum Support Group in 1986.