With the outbreak of the Second World War, around the world and across the British Empire, black volunteers came forward to help their Motherland. They joined up and served as Britain's allied troops, playing their essential part in the war effort to fight against Nazi Germany and their allies. Thousands of black British, Caribbean and West Indian service men and women risked their lives in the armed forces - on land, in the air and at sea. 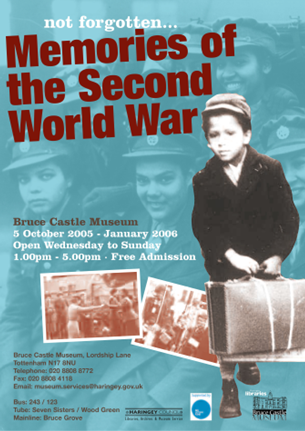 Amongst those remembered in Haringey for supporting the British war effort are the following extraordinary individuals who served:

Growing up in Belize (formerly British Honduras), Amos Adolphus Ford (external link) volunteered to be a forester as part of the national war effort. In 1941, the Secretary of State for the Colonies had cabled the Governor of British Honduras for help to manage Scotland’s forests.The call for help was made because there was a huge demand for timber, and a shortage of labour. Amos was one 1000 men who crossed the Atlantic to Scotland. You can read about the British Honduran Forestry Unit (external link) in Scotland during the Second War.

The Unit disbanded in 1943 with some returning to Honduras and others deciding to remain in Britain. Amos stayed and became a civil servant, settling at first in Newcastle before moving to London and living in Tottenham. He wrote two books of his harsh wartime experiences (external link) as well as his ‘Recollections’ (abridged version of his memoirs published in 1982 by the Page Green Centre, Tottenham; edited by C. Gillespie and J. Sweetser), which can be found in the collections at Bruce Castle Museum. 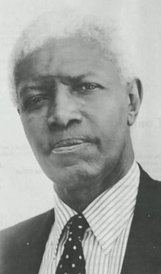 Born in British Guiana (now Guyana), Cy Grant (external link) was 22 years of age in 1941 when he volunteered to join the Royal Air Force. Becoming a Flight Lieutenant Navigator, he was one of the few Black Officers in the RAF. Shot down, Cy spent two years as a prisoner of war in Germany. You can watch Cy being interviewed about his war experiences (external link).

After the War he qualified as a Barrister at Law, but went on to be an actor on stage and in film, as well as a singer in concert and cabaret. His was the first black face to be regularly seen on British television. Cy lived in Jackson's Lane, Highgate for over 50 years. A commemorative plaque was unveiled on his home in 2017.

Geoff Love was a musician, music director and prolific British arranger and composer of easy listening albums and film theme music. Born in Yorkshire, the Love family had moved to Tottenham in the 1930s, living at 76 St Margaret's Road until around 1956. During the Second World War, Geoff Love (external link) was called up and joined the King's Royal Rifle Corps. Whilst in the armed forces, he also took the opportunity to learn 'orchestration' whilst serving with fellow musicians.

You can read more about other wartime experiences and memories of the Second World War from the Not forgotten... exhibition panels (PDF, 6MB), compiled by Bruce Castle Museum. The exhibition includes accounts by Haringey residents growing up in Nigeria and Sierra Leone during wartime and their recollections of the impact of the war on their families and neighbours.

You can also read the poem 'Our Heroes' by Pam Williams, a local poet from the Afrikan Heritage Writers Group (external link), amongst the other recollections as we remembered the 75th anniversary of VE Day in 2020.