COVID-19 - advice for parents and carers on how to stay healthy at home, as well as useful resources for remote learning.
See also: our safeguarding children page and ​​​​​​Reopening Haringey’s schools.

To Foster is to Care 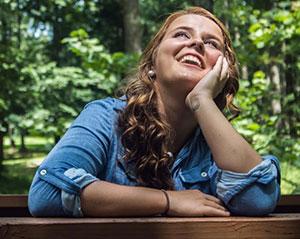 A former probation officer and director of a third sector organisation, she has so far taken on two placements - a family of three siblings who she looked after on a short respite basis, and a teenager who now remains living with her as a care leaver under the national ‘Staying Put’ scheme. Jan now works part-time alongside fostering. She is offered ongoing support and training and also goes to support groups aimed at foster carers.

“I was going to be spending more time at home and wanted to do something worthwhile. Initially I only wanted to foster four to 11 year olds, but my first placement was a family of three children aged eleven, six and one, which was quite demanding and a different experience. Now, I have a teenager living with me, which has also been quite eye-opening.”

"I still get lots of support and am regularly in touch with my social worker, even though the teenager staying with me has left care now. I’m really pleased I made the decision to become a foster carer and would urge anyone who is thinking about it to give it a go. Of course it has been demanding and challenging but I have really enjoyed it, I’ve learned a lot about myself as well as lots of new skills. The rewards far outweigh any challenges.” 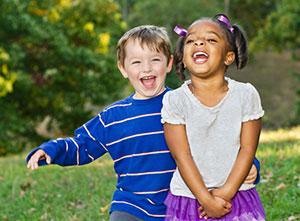 Lorna Ricketts has been a foster carer for more than 20 years and, together with her husband, looks after Haringey children from babies to 18 year-olds.

Originally from the West Indies, Lorna became a foster carer after losing her job with BT. She fostered at first in Redbridge, before working for a private foster agency and now fosters directly for Haringey Council. Many of Lorna’s foster children have gone on to be permanently adopted by families or have stayed with her until college or school leaving age. Haringey People caught up with her to find out more about what being a foster carer involves.

“It was always my ambition to look after disadvantaged children. You don’t really understand what it is like until you do it. I have three children of my own and six grandchildren and I have always seen my foster children as an extension of my own family. Every child is different and can come with different challenges. There is always a period of settling in. Obviously they have problems and challenges in their lives – they wouldn’t be in care if they didn’t. But when you see them turning things around, that is so rewarding. To know that you have helped them and done your best for them is a great feeling.”

"Often when children arrive they are very unsure, but they get lots of new experiences and are often sad to leave us. It is hard to see them leave, but you know they are moving on to somewhere better and you have done your best for them. My advice to anyone thinking about fostering is that it is a very rewarding job. You have to really want to do it, but it is so worth it.”

James went into care at the age of 11, along with his younger brother. Now aged 18 he has returned home to his mum and is studying Maths at college.

“I was lucky as I only had two placements, some kids can get moved round a lot. One was a temporary placement for a few months before I was moved to a permanent foster family. It was kind of hard at first because I didn’t want to be there, I just wanted to go home and it took a about five months before I could relax and things settled down. My foster family were supportive and recognised that it was difficult for me. It is obviously not the same as being looked after by your own family but I did get opportunities and experiences that I probably wouldn’t have if I had stayed at home.

“When I was 16 I decided I wanted to move back in with my mum.  It was quite a long process, but I did get support as I moved out of care and I still have some contact with my social worker. It is important that there are people who are willing to help and look after children, who can no longer remain with their families.”

*Name has been changed.