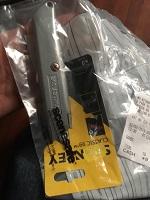 A long established Crouch End hardware shop was fined £500 and ordered to pay £500 by Highbury Corner Magistrates for selling a knife to a teenager.

W D Bishop & Sons Limited who trade from Park Road, London N8 pleaded guilty to selling the knife to an underage police cadet who was taking part in a test purchasing operation carried out by Trading Standards and the Metropolitan Police. The teenager was not challenged as to their age and was able to buy a Stanley knife from the shop.

In mitigation the company told the court that they had been established since 1947 and had no previous incidents. They added that they have now put in extra safeguards to ensure that no further sales take place. 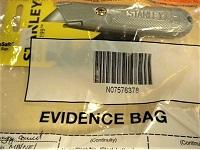 A hardware and electrical shop based in Wood Green Shopping City known as Neil Electric appeared in front of Highbury Corner magistrate. The company secretary plead guilty for selling a Stanley Knife to an underage police cadet without asking for any form of identification.

The company was were given credit for their early guilty plea and were fined £500 and ordered to pay £500 towards the prosecution costs and a £50 victim surcharge. 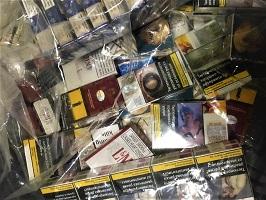 A Tottenham Trader was fined £1,720 and ordered to pay £1,023 in costs and Victim Surcharge for selling illegal cigarettes from the Tottenham store where he worked.

Alipi Alipiev pleaded guilty to six offences at Highbury Corner Magistrates in relation to the supply of cigarettes. The Court heard the cigarettes which were not intended for the UK market were being sold from the premises of Alex B G Supermarket at 328 High Road, Tottenham. London N15 4JB.

Alipiev pleaded Guilty at the first opportunity and told the Court he was trying to make extra money for the shop which is owned by his mother.

In passing sentence the Magistrates told Mr Alipiev that the warnings were in place on cigarette packets to discourage young people form smoking. The cigarettes were forfeited, and a destruction order made. 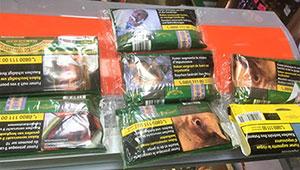 A Haringey Off Licence owner, Mazlum Ulgur was ordered to pay £2,018 after he was caught stocking illegal tobacco and alcohol following a case brought by Haringey Trading Standards.

On 21 February 2019 Highbury Corner Magistrates heard that Trading Standards Officers working in partnership with officers of HMRC had visited Euro Express Off Licence of 121 Bounds Green Road, N11 on 5 July 2018 where they found:

The cigarettes were not Duty paid, had incorrect health warnings and were not in plain standardised packaging. Items valued at over £750 were seized.

The Court also heard that a second visit had been made to the shop on 25 July 2018 by Trading Standards and HMRC where further illegal cigarettes and hand rolling tobacco had been found.

At interview ULGUR admitted selling the goods but stated that as he had been out of the country during the second visit and was not aware that the illegal goods were still being sold from the shop.

Ulgur was given credit by the Court for pleading guilty at the first opportunity and was fined £250 each for the three offences relating to 5 July 2018, one under the Licensing Act 2003 for stocking non Duty Paid beer and two further offences under legislation relating to health warnings and standardised packaging of tobacco products.. In addition, he was fined £300 each for two offences relating to the second visit. He was also ordered to pay costs of £638 and a £30 victim surcharge. 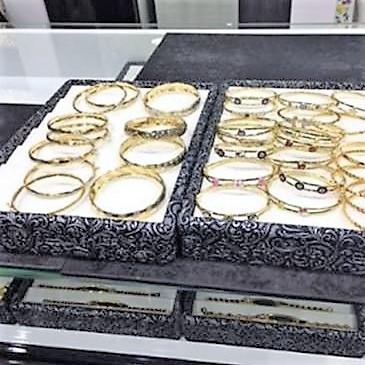 The Magistrates fined him £300 per offence and ordered that he pay the council’s full costs of £731.50 and a £30 victim surcharge. 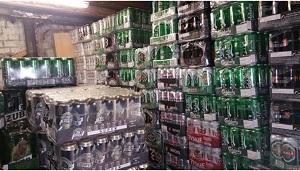 A Haringey off Licence owner, Umut Gundogan was ordered to pay £1,439 after he was caught stocking illegal beer in a case brought by Trading Standards.

Highbury Corner Magistrates Court heard that Trading Standards and Customs Officers found 4,300 litres of non duty paid beer when they visited Aksu Food Store at 655 Green Lanes, N8 in May of this year. The beer was found on sale on the premises at a price which made officers suspicious, with larger quantities found in an outbuilding. The beer was seized and removed to a HMRC warehouse.

During the investigation the licensee of the supermarket Umut Gundogan was unable to provide invoices to prove that the beer had been bought form a legitimate wholesaler.

Gundogan who did not appear at Court pleaded guilty by post to one offence under Section 144(1) of the licensing Act 2003 which makes it an offence to knowingly keep goods on a Licensed Premises which have been imported without payment of Duty.

In passing sentence the Magistrates took into account his guilty plea which was made at the first opportunity.

Off licence owner caught out by Trading Standards 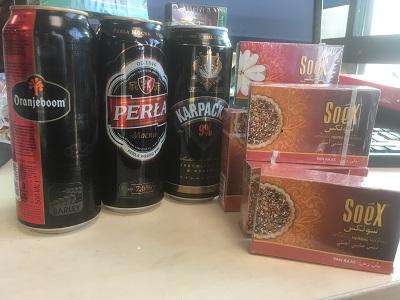 A Haringey off licence owner was forced to pay out £1,300 after he was caught stocking illegal beer and shisha.

Highbury Corner Magistrates Court heard that trading standards and customs officers found 1,000 litres of non duty paid beer when they visited Ceylan Supermarket in Lordship Lane, Wood Green, in March. They also uncovered a small quantity of herbal shisha which did not have the correct health warnings.

The licensee of the supermarket admitted stocking the beer and explained that someone else had bought it on his behalf from men in a white van who had called at his shop the same morning. He was unable to produce any invoices for the beer and when questioned about the tobacco he said it had been in the shop since he had bought the premises.

The court heard the licensee had now put into place a number of controls to prevent the problems reoccurring.

The Magistrates took into account his previous good character and gave some credit for a guilty plea, which was entered on the day of the trial.